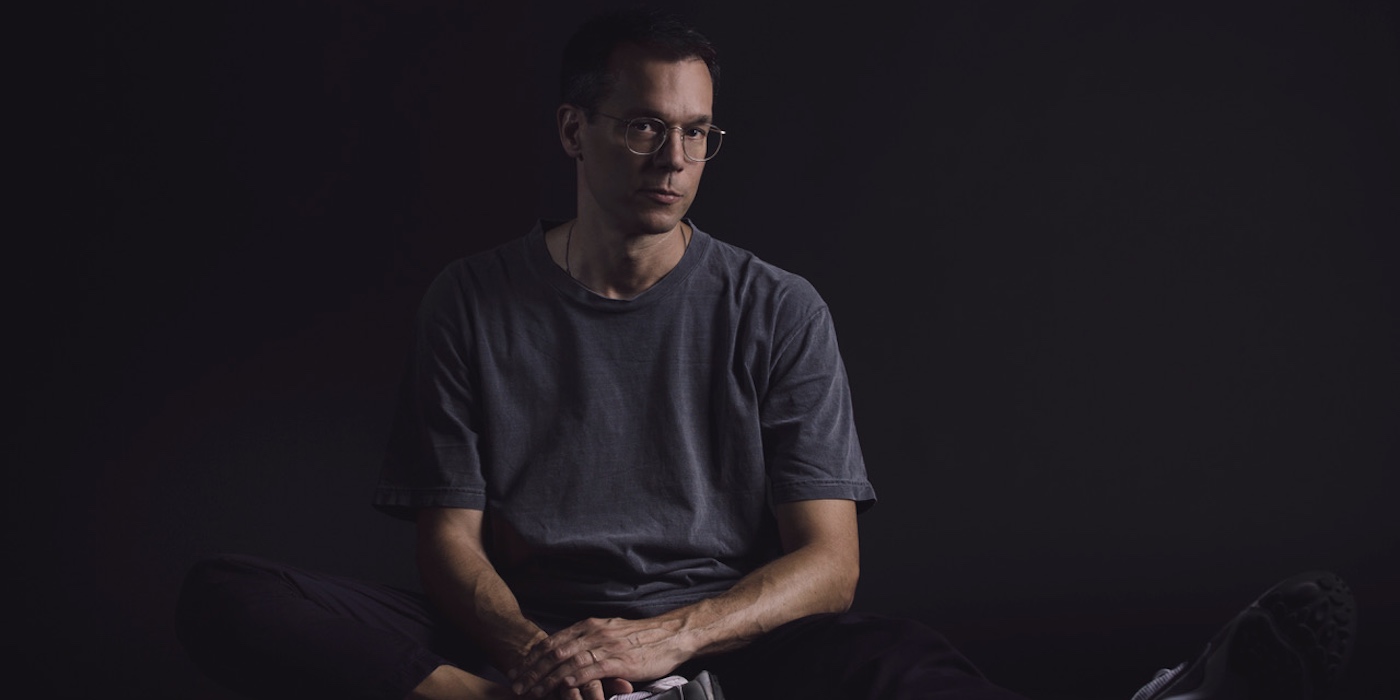 Immersed in the heydays of the '90s Midwest rave scene, DVS1 has gained a highly-respected reputation for his versatile skills, infectious energy and physical power behind the decks. As a resident DJ of Berlin’s infamous Berghain / Panorama Bar, he moves floors of the world’s most prestigious and best venues.
After his first original releases on Klockworks and Transmat, he was not only introduced to a bigger audience, hence creating a strong fellowship for his own imprints: While HUSH showcase DVS1’s love for deep, purist techno and only his music, Mistress Recordings reflects his wide range as a beat and rhythm addict presenting some of his secret weapons that touches all corners of the dance floor and beyond. With a combination of deep musical knowledge, unparalleled enthusiasm, and a vinyl collection of more than 30,000 records, DVS1 is also renowned as an outspoken defender of underground’s true values that established the American DJ, producer and label owner as a truly exceptional character of today’s contemporary electronic music scene.

Discwoman co-founder Umfang was born in the Bronx, grew up in Kansas and has been living in Brooklyn since 2010. She holds a monthly residency Technofeminism at Bossa Nova Civic Club focusing on emerging talent. She enjoys playing with people’s expectations of how a techno set can be defined. Her amorphous polyrhythmic productions have been most recently released on Ninja Tune.

Releasing music under various monikers, as a solo artist and through collaborative outfits like Eight Miles High, Soylent Green, Acid Jesus and Sensorama, Flügel’s sound has ranged from acid techno, deep house, and electro to jazz, Krautrock and ambient, even reaching out to pop with remixes for Daft Punk, Kylie Minogue and Pet Shop Boys. With more than two and a half decades-worth of experience in music-making across these varied genres, Flügel has a vast spectrum of sonic colours to choose from, which he does with a sense of adventurous unpredictability.

Octave One featuring Random Noise Generation is the brainchild of Detroit's Burden Brothers. The core unit of the band is made up of Lenny and Lawrence Burden with revolving members of Lynell, Lorne, and Lance Burden. Octave One has been essential to DJ playlists for over two decades. The prolific band of five brothers has produced classic dance floor anthems that continue to resonate as fresh, groundbreaking tracks.

A dominant force on the Brooklyn underground scene, Ariana is known for tough, stripped-back techno and groovy, acid-flavored sets. She has been a busy DJ and event producer since 2006 and in that time has shared the decks with many international stars including The Black Madonna, Marcel Dettmann, DVS1, The Hacker, Legowelt and Mike Servito.

Tapefeed is an electronic music project born from the collaboration between the two Italian djs and producers INOB and Rick Vayo. The London-based, Italian-bred techno duo Tapefeed, namely INOB and Rick Vayo have been establishing their powerfully apocalyptic broken-beats techno in the London scene before taking their characteristically raw percussive sounds onto the international dance music circuit. This ever-evolving sound comes as the pinnacle of years of musical experience: INOB’s as a music and art director, event organiser and avid music listener, and Rick’s as a drummer in rock bands as well as his studies in production.

Manali’s love for spacey, hypnotic and obscure sounds has seen her bring unique vibe to the dancefloors that drew attention, fascinating crowds and promoters across her home country in India and Netherlands, her summer base. She has developed a sophisticated view in music, showcasing minimalistic approach in house and techno often with underlying hints of acid, breaks, electro and vintage electronic music. With her genuine appearance and infectious energy behind the decks, she effortlessly builds up any night. For each gig she prepares passionately, endlessly digging crates and pushing unknown gems while retaining her signature vibe. Manali is steadily growing in the minimal scene as she continues to expand her horizons not just across Europe and South Asia, but also aims to share her musical vibe globally. Driven by passion, determination and hard work, she is constantly honing her mixing skills and continues to follows her own instincts over trends. For her, a DJ set is about creating a sonic journey of storytelling rather than banging out one big tune after another.

Mumbai-based Manaalina aka Manaal Oomerbhoy's devotion to the dance floor informs her intentions behind the decks. She experiences dance as a powerful exorciser and believes strongly in the transportive and healing abilities of sound. She strives to maintain an open-minded and experimental approach to her selections and has a deep love for techno, acid, electro, rave, breakbeat and bass-heavy sounds.

SUCHI aka Suchi Ahuja was born and raised in Oslo, Norway and is currently based in London. She juggles her full-time job at a creative agency with musical pursuits and has been hosting her monthly show 'Through The Smog' on Boxout.fm since the very start of the radio, featuring an eclectic mix of jazz, hip-hop, world, disco, funk, house and more.