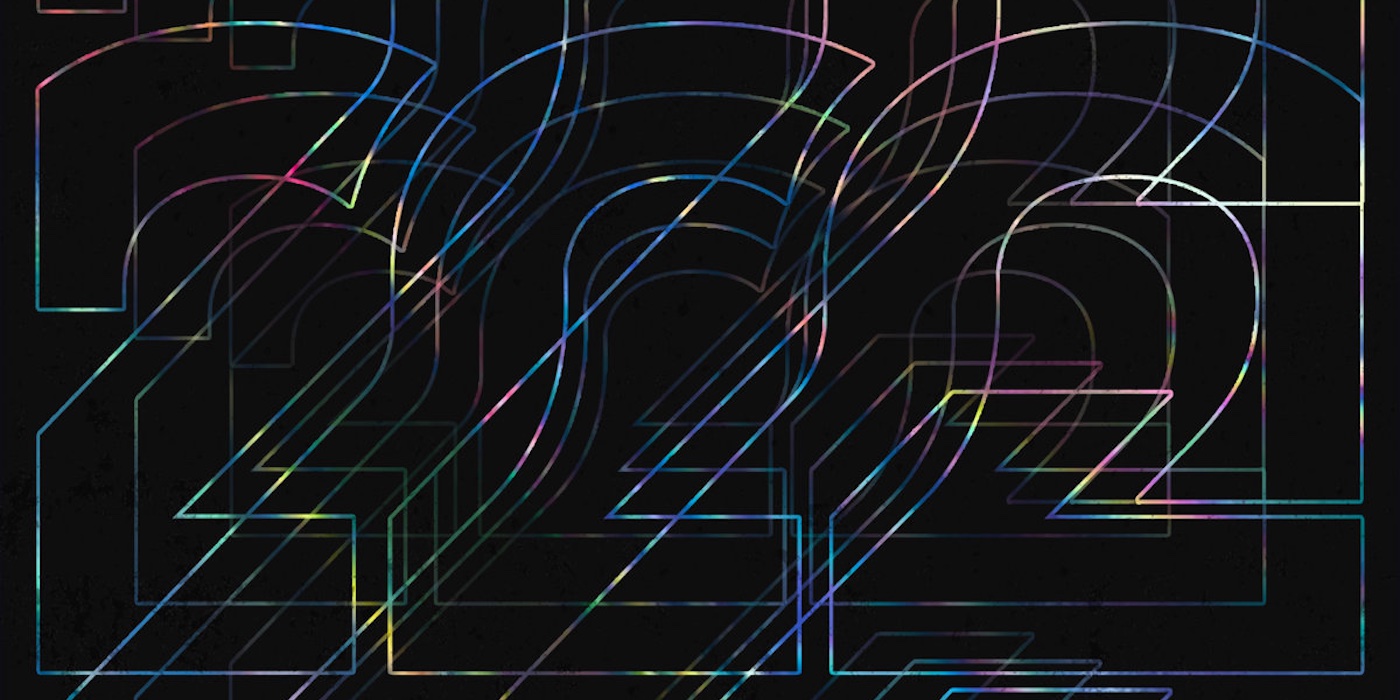 One of the hypothetical and mostly unrealistic scenarios in my head about the end of the coronavirus crisis involves the declaration of a fixed date to officially mark the end of the pandemic and its lockdowns around the globe. If such a date was to arrive, a lot of us might be inclined to participate in the kind of chatter we often do at the end of a clearly marked time period: create listicles, do throwbacks and review the period. Naturally, in regards to the alternative music space of India, that chatter will include a reflection of all the good byproducts of the lockdown, like the livestream series and festivals, the crowd-sourced music videos, the releases inspired by the unparalleled collective experience, and the friendly music-making challenges that went “viral” among the music-creators. From the latter, which included flipping of the ‘Go Corona Go’ video and the COVID WARS, the most notable is undoubtedly ‘22-2’.

Within the first week of India going under its first lockdown, as the country’s music producers looked for creative avenues to explore with the time at hand, Bangalore-based musician Ketan Bahirat aka Oceantied initiated a challenge directing each producer to contribute a sample and make a track out of the assortment within 2 days. What started as a conversation between a handful of friends soon snowballed into a collaboration between 22 producers and the resultant charity compilation ‘22-2’. According to Bahirat: “My initiation was just setting up an Instagram group to do a small beat challenge, more of a creative exercise. Once that group was created, everyone involved moulded it into becoming ‘22-2’. The rules, the name, art, the music, the suggestion to fundraise all came from people involved in the project. I didn’t really have any expectations. All the work that has taken place has been a true collaborative effort.”

After the success of the first compilation, the beat challenge returned for a second volume which featured 48 producers, splitting their contributions into a two-part release. Eventually through its sheer volume and variety, ‘22-2 Volume 2’ has assumed a significance larger than just being a byproduct of the effects of social distancing on the music scene. It does, in essence, represent a whole crop of India’s budding producers.

Notwithstanding the existence of India’s several ambient acts, hip-hop beatmakers and the more leftfield proponents among others, the contributor’s list of ‘22-2 Volume 2’ reads like a who’s who of the country’s left-of-center electronic producers. The more seasoned players like Spryk, VRIDIAN, Kone Kone, MALFNKTION, Smokey and Disco Puppet make an appearance alongside Dasta members Tarqeeb, Zokhuma, OX7GEN and Oceantied. The roster goes on to include more grassroot names like Avzard, Cash and MLHVR, along with the more deeply ingrained members of the music community like Moebius, Hedrun, Dolorblind and Pooja B.

Though packaged as a compilation, ‘22-2’ isn’t just a random assortment of tracks. The shared foundation of the crowdsourced sample pack lends a connecting thread and a common sonic palette which each individual artist adapts according to their own musicality. Both Tarqeeb and Smokey offer the ferocity of breakbeat on their adjacent numbers, before the compilation starts to unravel into off-kilter rhythms, punctuated every once in a while by the stable dancefloor-friendly beats like that of Pooja B’s gritty techno track ‘Everyone Deserves To Breathe’, and G.S.T.’s immersive four-on-the-floor work ‘Radio, Racquet, Rain’. However, no other track makes you anticipate experiencing it in a club more than Zokhuma’s ‘Late Night’ which holds together fun vocal samples and emotive Indian classical melodies in its well-curated bedrock of tension and release. The same bowed emotive melody serves as the focal point of flex machina’s ‘Escape Sequence’, which provides an experience more suitable for the headphone-listening we are depending on in the absence of live music, similar to other immersive takes like Dolorblind’s ‘Fake It’, Cash’s ‘Fenway 20’ and Hedrun’s ‘Mind’.

While some musicians lean upon their characteristic sound – like Noni-mouse, who continues to brandish uplifting quirky melodies played over vocal samples on ‘Lilt’ –, acts like Kone Kone use the opportunity to traverse fresher grounds. The enigmatic producer and DJ known for his reworks of Indian film music presents a heavier onslaught of rhythms on ‘2pori’.

The most standout track on the full compilation, however, comes from Sanoli Chowdhury’s stylistic singularity on ‘Worn Out’. The only other musician with as stark a stylistic contrast on the release is MALFNKTION, who sticks to puristic realms of rap and hip-hop on ‘December’. Sanoli, on the other hand, brandishes the same introspective melancholy and simplicity while flipping the samples as she does on her usual vocal ditties. The Kolkata-born songstress’ offering though comes ill-placed between the darker and looming bass-heavy works of Y4RK and Zain Hayat, and juxtaposes better with the beautifully unhinging and detuned melodies of Disco Puppet’s ‘Distractions’.

Beyond its towering musical merit, ‘22-2’ has the added sheen of being a notable instance where a large chunk of the country’s cultural stakeholders have collectively galvanized to align their art with a meaningful cause. The first compilation raised around Rs. 15,000 toward Delhi-based NGO GOONJ and its efforts towards helping daily wage workers who found their livelihoods threatened by the pandemic-induced lockdown. Meanwhile, the second volume sees the proceeds from ‘Group A’ go towards relief work in West Bengal which recently suffered from cyclone Amphan, and the sales of ‘Group B’ contributes to the Chief Minister of Assam's relief fund, which is supporting those affected by floods in Assam.

Aside from helping others, ‘22-2’ also serves to signal the music community’s potential to help each other and create a supportive shared space. “I really enjoyed the fact that everyone is so helping and friendly, I never felt like I didn’t belong in the group, which I normally used to feel when added to a new group. So yeah, this was somewhat life changing for me because obviously my perspective about other artists has changed and I believe in myself a little more after this challenge,” told Noiz to Indian Music Diaries, reflecting upon the positive effects from coming together of artists at different stages of their musical growth.

‘22-2’ doesn’t just consolidate some of the most exciting burgeoning producers of the country, it offers the audience a concise glimpse of their diverse musicality. Volume 2 in itself is the best bet of an introductory record (though far from perfect) for someone entirely unfamiliar with the country’s bubbling musical landscape and interested in familiarising themselves with the younger crop of its electronic producers. Most importantly, it serves to bring a community closer together at a time when the imposed physical distancing and its impact on mental well-being can dampen the connectivity between creative practitioners. As Bahirat reminisces: “My favourite part has been the listening parties where we first listen to the results of the challenge together. We’ve held streams where everyone’s music plays one by one and the reactions, uplifting comments from each other and just that coming together feeling has been really positive and much needed!”