Super-villain Deejay Flash Hardcor first appeared after a tragic accident during which radioactive particles of undiluted funk overwhelmed WAMH FM, the college radio station where he hosted a weekly hip-hop spectacular. In a career spanning well over a decade, Flash has trained his funky bass gun on sweaty dancefloors across four continents and six countries, campaigning tirelessly to combat the relentless forces of chastity and sobriety. On his own and along with his Delhi based DJ collective, The GRIND, Flash has played across Indian metros, at major festivals such as NH7 Weekender, and number of high profile Indian and international artists, such as Heems (Das Racist), Noisia, Arjun Vagale, and Gaurav Malaker (BLOT).

New Delhi’s TLR is an institution, one of the few venues in the capital that has aged supremely, evolving with its rapidly changing surroundings. An anchor within the live music scene and notorious...

This Saturday Delhi based electronic connoisseur Su-Real is set to combine forces with some of the city's most forward thinking DJ's in a one off party toting some of the most exciting producers/DJ's... 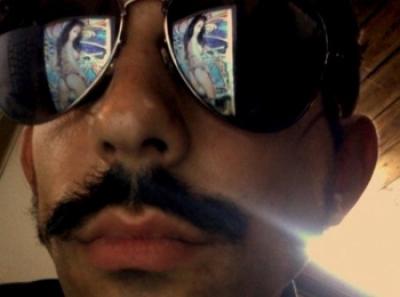