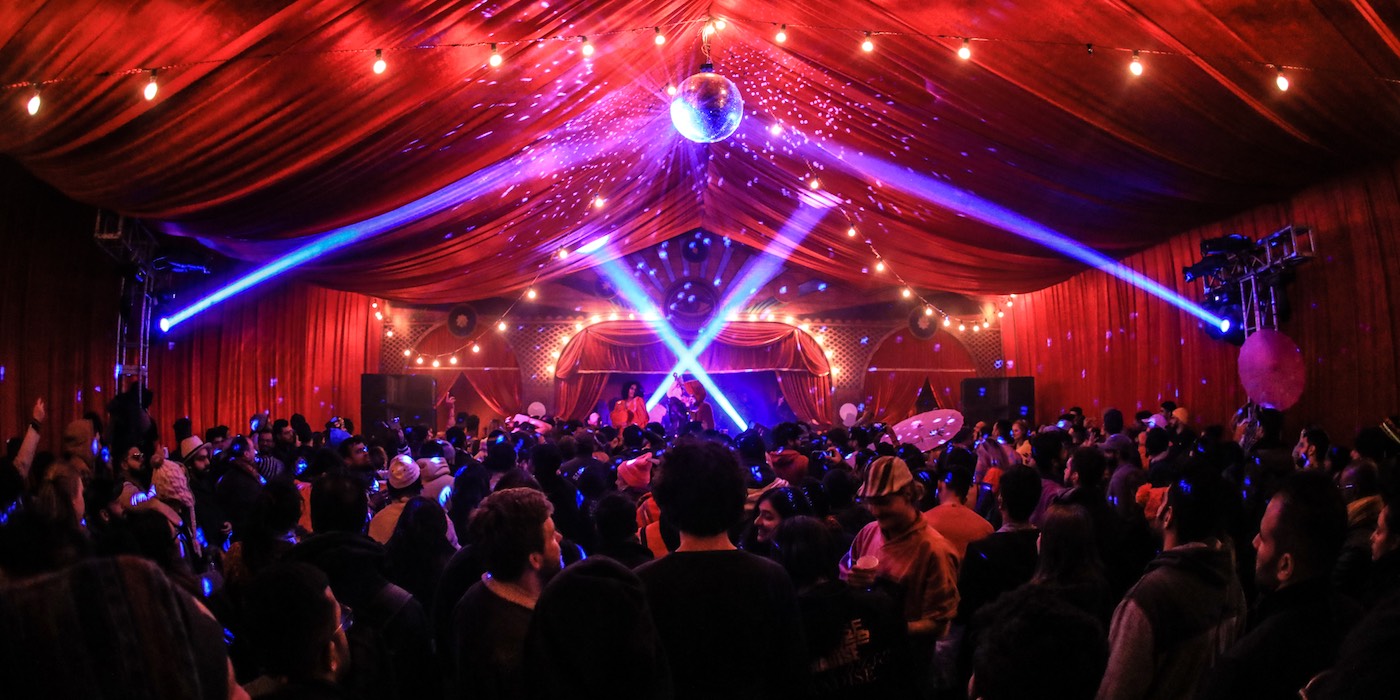 Beside its confluence of global and glocal talent, Magnetic Fields Festival 2019 will extend its future-facing vision to a set of showcases spread across the three days and nights (13 - 15 December) at Alsisar Mahal, Rajasthan. This year, the boutique festival is putting special focus on curated commissions, alongside putting forward an array of celebrations, showcases, left-field experiences and more.

To help you make the most of your experience, check out the guide to the showcases below:

Electronic artist Tejas Nair aka Spryk is one of the most consistent purveyors of audio-visual musical collaborations in India, and also the brainchild behind APEX, one of the three exclusive commissions at this year’s festival.

Collaborating with Cursorama for generative visuals and Naveen Deshpande for cutting-edge lighting design, Spryk will further his vision of storytelling through electronic music with APEX. Presenting a narrative inspired by humanity’s constant race toward the highest point of achievement, APEX will debut at the BUDx South Stage on Friday.

Creating soundscapes in tandem with the word “Asrar”, the arabic word for secrets and mysteries, the Mumbai-based musicians will evoke an atmosphere of intrigue and secrecy by merging the sample-heavy electronic sounds of Riatsu with the FX-laden vocals and contrasting harp lines of Nush Lewis for a special performance on Saturday at the BUDx South Stage.

In another first, the 2019 edition will introduce an immersive residency in the festival’s offerings. Realised through Goethe-Institut’s International Coproduction Fund and in collaboration with Berlin-based DJs, producers, cultural activists and brother Andi and Hannes Teichmann aka Gebrüder Teichmann and their label NOLAND, ‘Fieldlines’ will aim to bridge the gap between eastern and western as well old and modern traditions.

In the week running up to the festival, Gebrüder Teichmann, Kolkata-based multimedia artist Bidisha Das, Kamaicha player Ustad Hakim Khan, Rajasthani folk singer Sumitra Devi and Khartal prodigy Firoz Khan will work together to create original music, transforming the palace’s picturesque Badal Mahal room into the project studio. Collaborative content will be developed with the help of a filmmaker and a cultural translator to highlight the interaction between the two worlds and bring the folk traditions closer to a contemporary audience. In addition to the artistic exchange, the residents will engage with the local experiences, food, art and traditions of Alsisar which will reflect in the residency’s output.

During the festival, attendees can interact with the studio and the live installation at Badal Mahal as well as observe the musicians engage in improvised jams before the residency culminates with a final performance at the festival stage on Sunday.

New Delhi-based record and management label Pagal Haina has been home to some of the most effective songwriters in the country, boasting the likes of Peter Cat Recording Co., Prateek Kuhad, Ditty and Lo! Peninsula on its roster and list of alumni. Approaching everything with a sense of community building and a global outlook, the label truly focuses on discovering and developing soul-stirring artists.

Also bringing their first-ever showcase to the festival will be the New Delhi-based collective REProduce. Known for its uncompromising vision, REProduce has made an indelible mark in the independent music scene of India, filling the gaps in it by showcasing talent that do not find a place in the more mainstream oriented spaces.

Aside from highlighting grassroot artists, REProduce accomplishes its task through its live series REProduce Listening Room wherein the collective puts a varied array of artists in unexpected venues to put the focus purely on music and allow the audience to absorb sound on their own terms.

Paradise At The Peacock Club

On Sunday, The Peacock Club will play host to a carnival of disco with the colourful selections of true musical connoisseur Hunee soundtracking the equally vibrant drag celebration ‘Dragery Takes the Floor’ which aims to challenge representation of drag in India and increase queer visiblity in the country’s nightlife.

Following the theme of ‘Animism’ the performers of ‘Dragery’ will channel mythical animal energy onto the dance floorsoundtracked by Hunee’s passion-led musical manoevoures reaching out to disco, techno, traditional African music and everything in between at ‘Paradise’.

Amandla: Music To The People

Growing up in Cape Town during the final years of apartheid in South Africa, UK-based DJ and producer Esa experienced first-hand the role music played in uniting people against division and oppression. Inspired by the same experience, Esa compiled global sounds for a double-vinyl release in 2019 called ‘Amandla: Music To The People’, borrowing the title from the politically-charged chant from the same time “Amandla, Awethu”, meaning “the power is ours”.

One of the most interesting crate-diggers, Esa will bring the same vision to the festival, playing exclusive versions and rare cuts through the Friday night at The Jameson Underground stage.

The second night (Saturday) at The Jameson Underground will be led by a takeover from the boxout.fm crew. The online community radio will return with a showcase for bass and hip-hop aficionados.

Since its launch in April 2017, the New Delhi-based radio has created an extensive community of young producers and DJs in India’s underground, representing the same at the festival with a lineup of Jaël, MadStarBase, MC Soopy, thegreybox and Lush Lata.