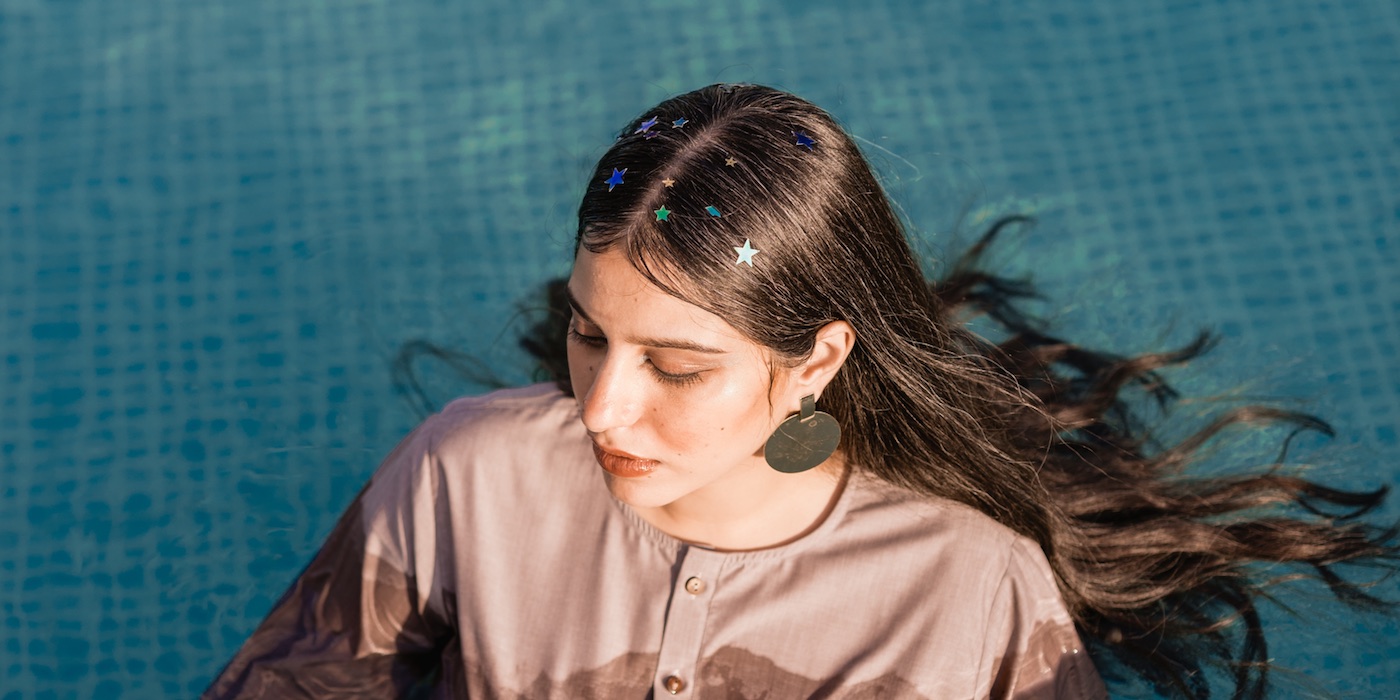 One of the most notable success of the independent music landscape in 2019, Taba Chake returns with new single 'Blush'. Written all the way back in 2013, the song's upbeat romantic nature contrasts against the sombreness that pervaded the Arunachal Pradesh-born singer-songwriter's album 'Bombay Dreams'.

Take the sincere honest intimate songwriting-based around the guitar and expressive lyrical vocals, attached to the stereotypic image of a singer-songwriter, and add a sensitively constructed arrangement around it, and that's a good formula to stand out in a genre that often feels oversaturated. New Delhi-based artist Prakti utilises that well on her single 'Words'. She takes her time on each expression, as she sings about being more conscious about our choice of words and their emotional value, adding vibrant quirky sonic colours with the help of local talent Amartya Ghosh.

2019 proved to be a notable year for Ditty and the avalanche of listeners that discovered her around her album 'Poetry Ceylon'. The Goa-based artist and environmental activist returns with a release as part of Faraway Friends, her collective with German artist Keno and David, a producer and percussionist from Austria. The trio developed the idea of working together musically on the River Ganges, which finds its way alongside the voices of local water activists on their debut track 'Jal Saheli'. Instead of the soft earthy textures that you'd expect from the singer-songwriter, the trio brings a more sample-laden sensorial experience reprised with the rousing chants by the Jal Sahelis (the local activists), interspersed with Ditty's poetic refrains and an aggressive production. The track drops alongside a documentary which details the water projects the track, its encapsulating album which drops next year and the parent social label Viva con Agua Music intends to support.

Following her 2018 EP 'Munasib', Lahore-based artist Natasha Noorani just dropped her single 'Trace', turning toward softer tones on the minimally arranged single. From the melody to the vocal delivery – everything on the intimate conversational confessional track is constructed around the poetry of the words. The sparse production only serves to provide space for those lyrics to shine through and adds a little more space to reflect the sense of emptiness found in the song's meaning.

'Rains of July' By The Illegal Project

Kolkata-based duo The Illegal Project's debut single 'Rains of July' is a nice demonstration of the limit of objective parameters in music-making. The layers of aqueous synth textures, rigid rhythms and floating arpeggios and ostinatos are notably sophisticated and meticulous on the six and a half-minute long musical journey, while the overlying vocals rest loosely against each other, defying the polish of the backing production with their rawness. Yet, the juxtaposition of the two results in a work greater than the sum of its parts. The inhibited vocal delivery along with the lyrics about feeling tired of the previously-enjoyed rains during the lockdown carry a certain naivety which uplifts the dynamic dream-pop assembly.

Mumbai-based Ambika Nayak is one of the most distinctive singers on Indian independent music landscape and if her recent work as part of the duo Nothing Anonymous is anything to go by, there is a heightened maturity decorating her songwriting. Her latest contemporary-R&B single 'Cool Kids' as the solo artist Kayan follows suite, tastefully dropping hooks and pop-style chorus over a guitar-driven laidback hip-hop beat.

'Mellow' By The Lightyears Explode

Over the previous two months, Mumbai-based group The Lightyears Explode introduced their punchy indie-pop a la 1975 and Catfish And The Bottlemen-focused EP 'Mellow' with the eponymous single and 'Satire'. The trio has now dropped the 4-track record in its entirety, supported by a music video for 'Heart Break Kid'. Straightforwardly structured songwriting is underscored by zappy synth and guitar-lines while the lyrics rouse one with reflections of suburban life and escaping from it.

'Thank You, Universe!' By Space Is All We Have

Distorted riffs, shredded arpeggio runs on the guitar, tightly drive drums and anthemic vocal melodies – Bangalore-based group Space Is All We Have packs all the usual elements of rock on their debut album 'Thank You, Universe!'. The striking moments on the 9-track releases come at the softer ambient bits (the band, after all, calls themselves an ambient electronic rock band) which punctuate the otherwise intensely energetic offerings, most notably on 'Blackhole Paradise, Part. 1' and the dimly echoing 'Keepsake'.

'When Planets Mate' By Chakram

Rhode Island-based South Asian-American filmmaker and musician Viraj Gandhi aka Chakram carries both his mediums hand in hand, using the combination of the two with a focus on story-telling on his audio-visual release 'When Planets Mate'. The 6-track or 6-chapter release and its accompanying animated videos by Riley Thompson and Joel Orlof are best experienced together as they constitute an overarching narrative dealing in Hindu mythology and evolution. The music too reflects the characteristics of the two themes, oscillating between foreboding rhythms, expansive textures and psychedelic soundscapes associated with works of spiritual nature, and synthesized, gritty and glitchy timbres that depict a more futuristic vision.