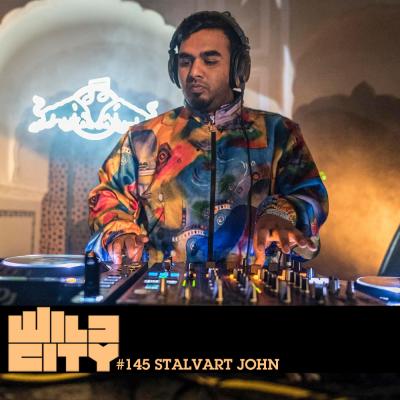 Stalvart John truly cemented his place within the Indian electronic music space in 2017.

It’s undeservedly late as he’s been regularly making podcasts and releasing music for a number of years, always one-step ahead of the curve. Topping off 2017 with an energetic set at Magnetic Fields Festival, it seemed appropriate for Stalvart to come through with a mix for Wild City.

Stalvart’s set is pure disco; its sole purpose is to get your body moving and it accomplishes that with ease. With several remixes, re-edits and a few rare selections, Stalvart is, at once, educating and entertaining audiences. This mix is further proof that Stalvart is peerless in India as a selector.

“This mix is all about my love for disco. Most of the tunes are highly influenced but explore a more intelligent, musical and less groovy side of disco, nu disco and house. Hope you all enjoy it.” - Stalvart

You can catch Stalvart John opening for Young Marco in Bangalore this Saturday 20 January, 2018. You can get more information here.