Labeled an ambassador of “the new India”, Monica Sharma Dogra is a Maryland raised musician, daughter of Kashmiri immigrants, who grew up listening to Hindu devotional songs, ghazals, and the Bollywood hits of Lata Mangeshkar. After winning a competition at the age of 16, she debuted at Carnegie Hall and then went on to graduate from NYU’s prestigious music performance program - which catapaulted her to appear in the New York Theatre Circuit where she dabbled in both plays and musicals. She then found herself in India recording a solo-project with Andre Bettes - known best as the producer of Madonna’s Immaculate Collection. It was there she met her music partner Randolph Correia, and formed the band Shaa’ir + Func. As a solo artist, Monica Sharma Dogra, whom fans also know as Shaa’ir, is a spoken word performer, an active dancer, as well as an actor. 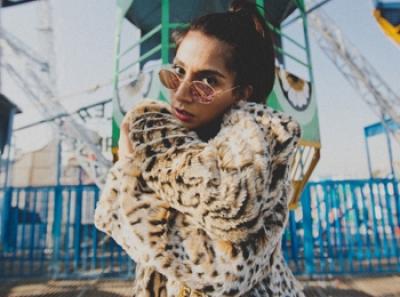