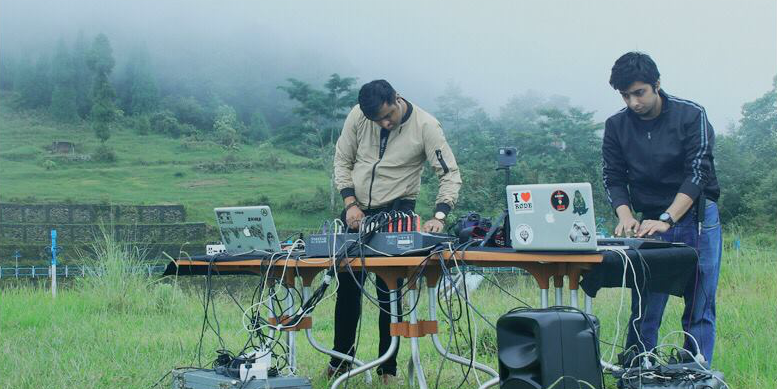 Hybrid Protokol was born from a shared love for breakbeat, acid techno, 90s electronic music and, evidently, hardware. With no patience for DJ sets, the duo have established a career exclusively as a live electronic act, marked by the release of two EPs, 'Deep Beyond Belief' and 'Sounds In Place – Vol I' which was released earlier this year.

Set in the luxuriant Delo Hills in Kalimpong, the video features Aneesh Basu and Soumajit Ghosh belting out a 40-minute electronica and techno live set, accompanied by their usual arsenal of synthesisers, drum machines and samplers.