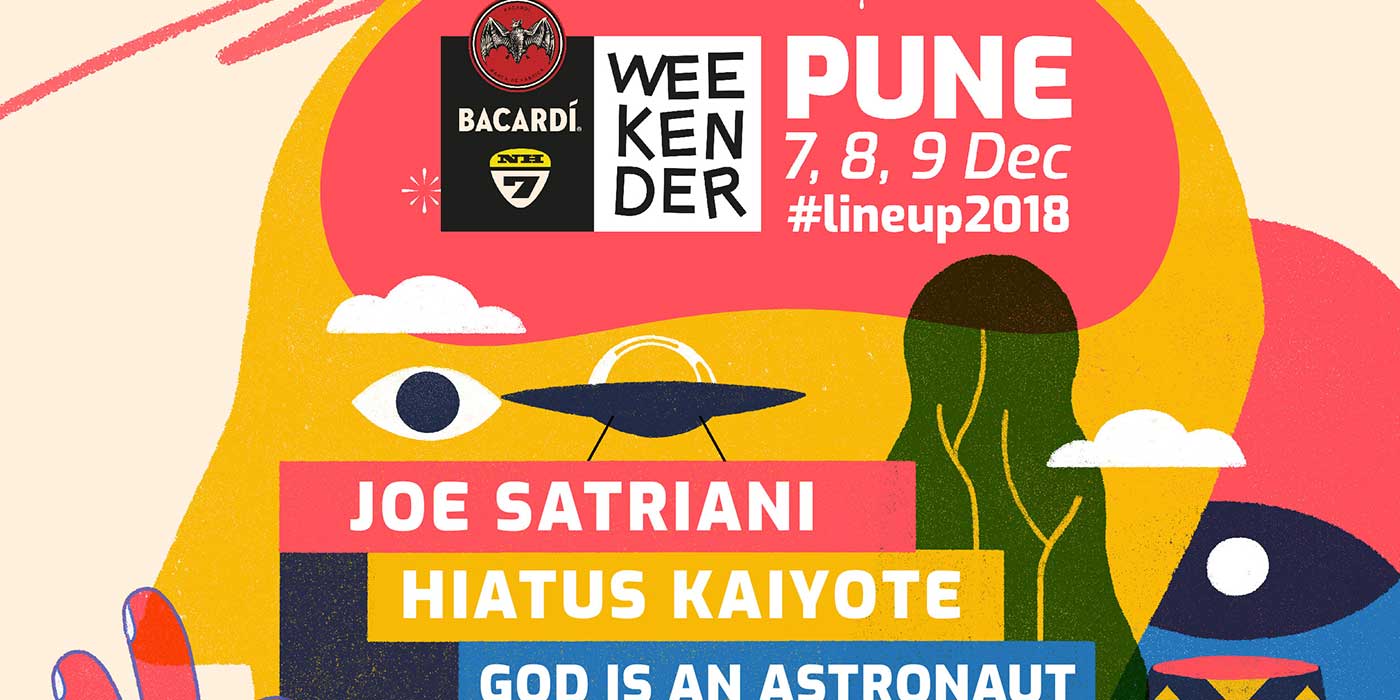 India's happiest music festival, Bacardi NH7 Weekender, announced its lineup for the 2018 Pune edition and it's a doozy.

15 time Grammy nominee Joe Satriani will be headlining the event. Joining him on the podium are Melbourne based R&B act Haitus Kaiyote, Irish post-rockers God Is An Astronaut, DJ and composer Nightmares on Wax, French house artist and multi-instrumentalist FKJ, along with bigger homegrown acts like Shubha Mudgal and Salim Sulaiman.

The gamut includes a healthy number of Indian contemporary musicians as well, and a lot of our favourites. LANDS, Corridors, Sandunes, SAPTA, When Chair Met Toast and Disco Puppet are just some of the homegrown acts set to perform. The Pune edition of Weekender will also include an Azadi Records showcase that will be particularly interesting. Have a look at the entire lineup, including comedy, here.

Of course, this is just the lineup for the Pune edition which will take place from 7-9 December. The lineup for the Meghalaya edition (2-3 November) is yet to be announced but the month long gap in between both editions might mean that we see an entirely unique set of headliners. You can buy tickets for Pune and Meghalaya here and stay updated by following their Facebook page.