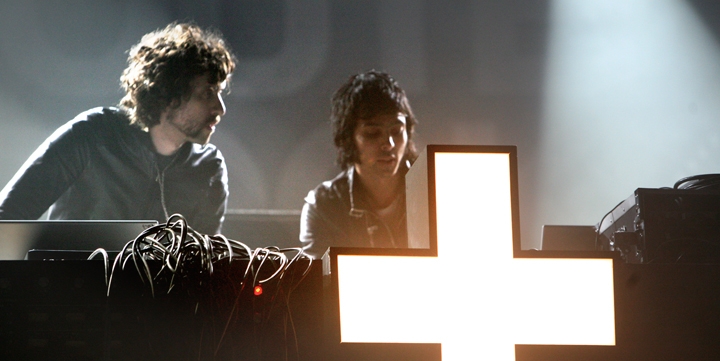 The French duo Justice have just announced that their second studio album Audio, Video, Disco is due to be released on 25th October. The album due out on Ed Banger Records will be a follow up to the duo's 2007 debut, Cross, an album which threw them into the spotlight overnight.

Speaking to Pitchfork, Justice's Xavier de Rosnay said: "Although the record sounds a bit band-y, it's mainly electronic. We wanted to keep an electronic aesthetic because we like the way it sounds and it's more practical for us. We are not good enough instrumentalists, and the fact that we don't perform all of this live keeps it on the good side. We played everything on the album ourselves, but it took a long time to make it because we are not good players. And if it was played by real musicians, some of the songs would probably be a bit too shred"

The tracklisting for Audio, Video, Disco can be seen below:

You stream the album's lead single, Civilization, below: