Never Before Heard Daft Punk Track From 1994 To See Release 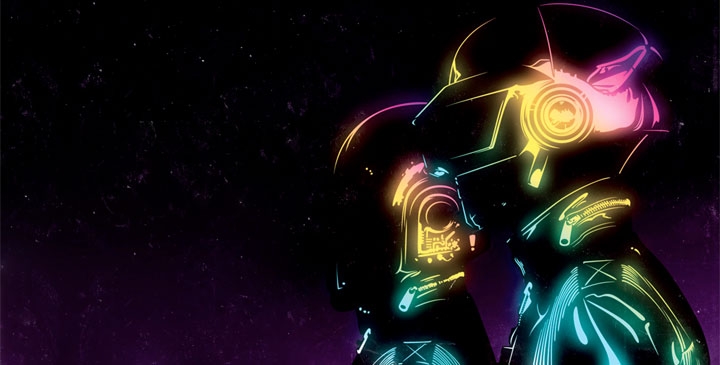 Soma Records have discovered an unreleased Daft Punk song made in 1994.

During a hunt to find early day Soma archives last year, a dusty track titled Drive was uncovered. This was recorded before Daft Punk's debut Homework, the album which broke the duo into the spotlight back in 1997.

Chris Lamb describes the record bosses realisation at the significance of what they had discovered:

"At the tail end of 2010 we combed through boxes of DATs, pictures and god knows what else to find artefacts of Soma's early days. Imagine our surprise when we discovered a tape simply titled Daft Drive. We hooked up the DAT machine and inserted the tape with the utmost care, pressing play and praying that for one, the tape contained what we hoped, and two, that it didn't savage it like a dog chewing on a bone. In amongst the hiss and crackle, a monstrous 909 kick drum began to thud - Daft Punk's Drive track had been rediscovered. Playing through was live Daft Punk: the freaky vocals, pounding Roland drums and synths and that distinctive DP compression. After standing in awed silence, witnessing this moment, the track faded off and we heard the sounds of French words that the recording had been made over; the remnants of their parents audio collection. The tape had originally been sent with Rollin' and Scratchin' to be released as Soma25 but Soma asked these two bright-eyed and techno-bound Frenchmen, to finish and send Da Funk instead and Drive was shelved for a later date. Until now.”

The track will appear on the 3xCD compilation Soma 20 Years, due out on September 19.

For more info and to pre-order go here