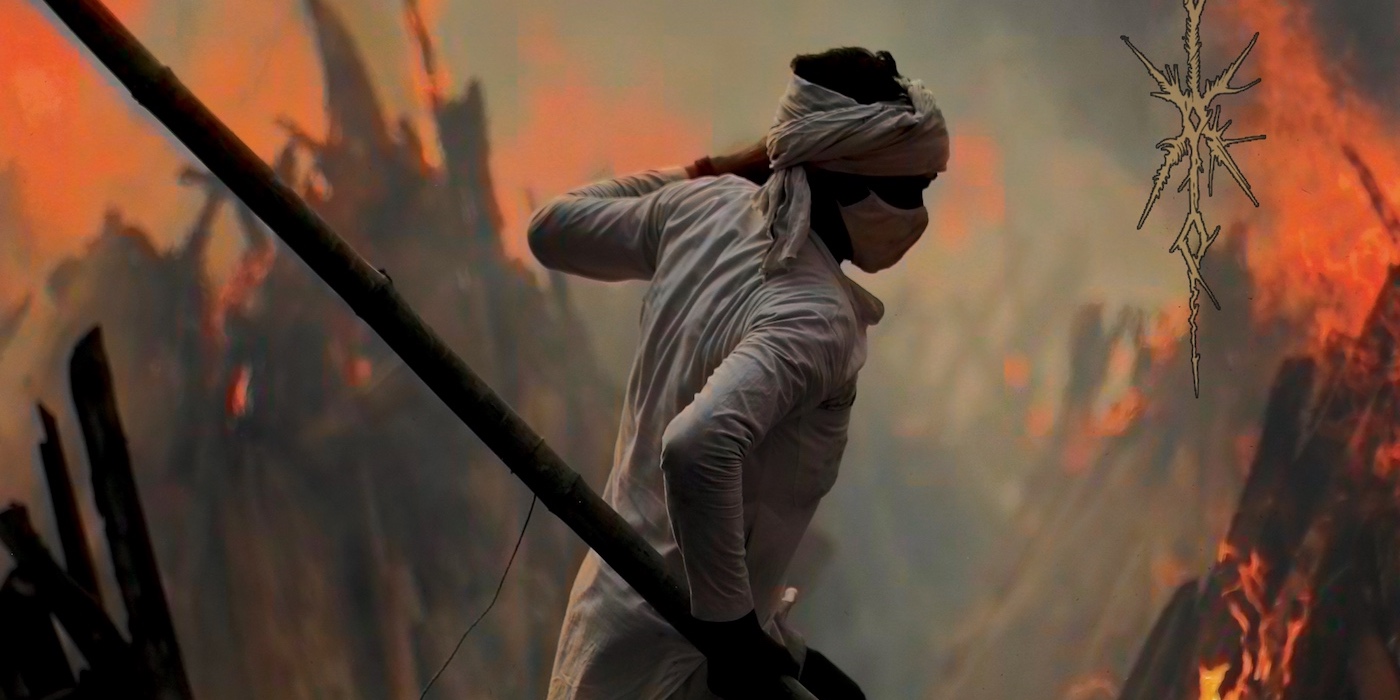 Arora does not wait on customs and technicalities of the classical traditions, and instead focuses straight on the emotional core of the musical parts he received, further distorting them, reducing them to their peripheral noises and unearthing new motifs to offer 9 atmospheric tracks with the help of producer and curator Sukhadia.

Further contextualised by the album's cover image by Tashi Tobgyal, which depicts a man tending to the funeral pyres during the second wave of COVID-19 that devastated India in the beginning of summer 2021, 'Only Now Presents: Indian Unclassical Vol. 1' effectively captures the onerous feelings of fear, devastation, despair, loss and want of support in its dark abstract musical imagery.

Listen to the album below and head to Kush Arora's Instagram for more information.

Artwork Image by Tashi Tobgyal for The Indian Express