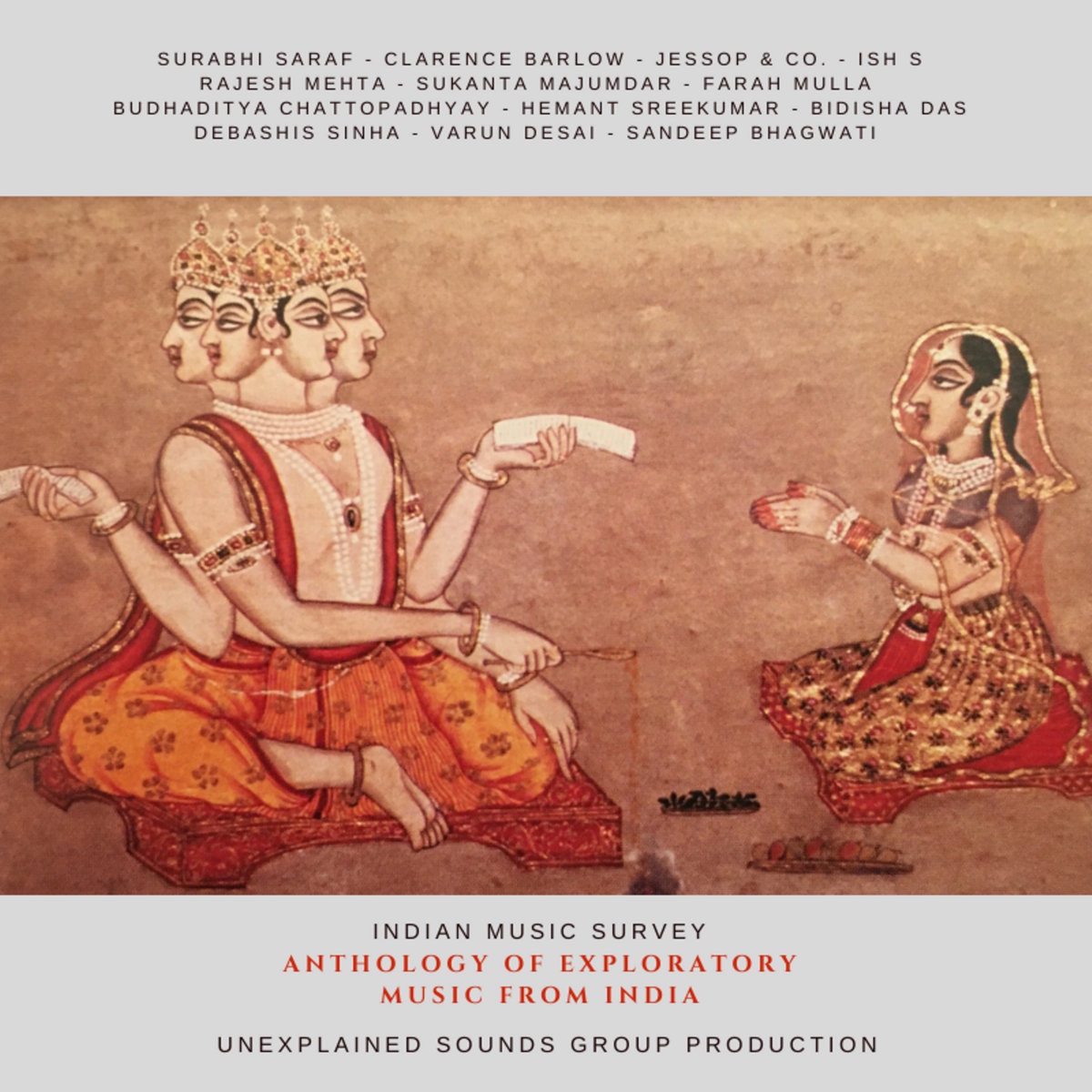 Italian label and network Unexplained Sounds Group, which showcases sound art and experimental music, has just released a 13-track compilation 'Anthology Of Exploratory Music From India' intending to present a showcase that breaks the stereotypical impression of music from the region while at the same time not subverting its traditional elements.

Consequently, the album features remnants of classical and traditional music dissipating and morphing into noise and textures, like on Rajesh Mehta's 'Sky Cage', while Varun Desai does the same with urban noises on 'Jessore Road'. For most parts, the compilation either utilises recordings of traditional music as the central subject and arranges it to highlight their ambient nature, like on Sukanta Majumdar's 'Rites Of Labour', Sandeep Bhagwati's 'DhvaniSutras_SmritiRanga' or Budhaditya Chattopadhyay's 'Dhvani', or disintegrates them into unrecognisable abstracts for more musique concrète-influenced offerings like JESSOP & CO's 'To live work and die in East Kolkata' or Farah Mulla's 'Out Of Reach'.

Every once in a while, acts like Ish S, Hemant Sreekumar and Bidisha Das take the musical mood of the album almost completely away from the traditional as the ambient thread of the release is carried through using only synth tones, glitches and obscure samples. However in all its variation, 'Anthology Of Exploratory Music From India' never drops the textural and immersive sonic qualities which tie together the release – showing it to be common among both traditional and experimental forms of music.

Listen to the album below and head to Unexplained Sounds Group's Facebook for further updates.