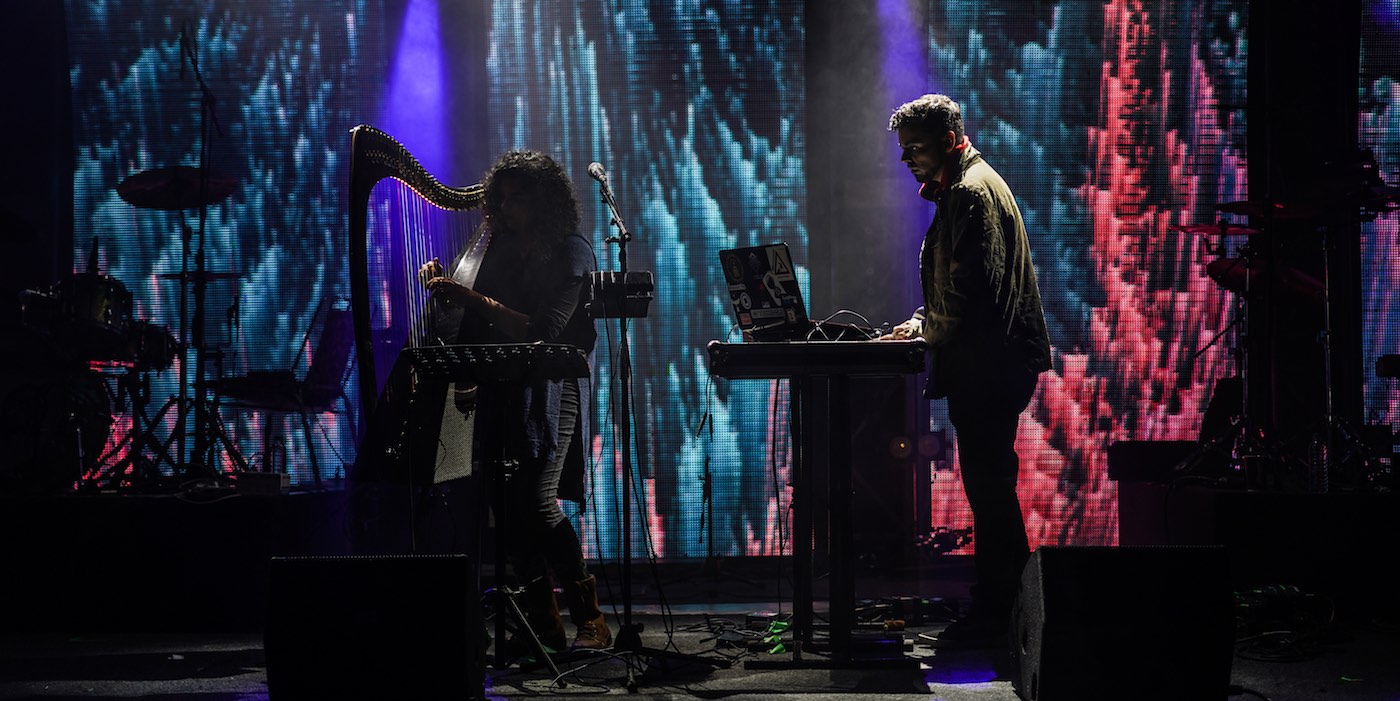 For its 2019 edition, Magnetic Fields Festival brought together Mumbai-based ambient and alternative electronica producer Shadaab Qadri aka Riatsu and singer-songwriter, educator and harpist Nush Lewis for an exclusive commission. The pair used the opportunity to sonically explore the emotions and connotations around ‘Asrar’, the Arabic word for secrets and mysteries.

Qadri and Lewis combined their prowess over ambient soundscapes, samples, Maschine audio workstations, harps, keys and vocals to create an atmospheric performance exclusively for the festival’s BUDx South Stage, morphing each other’s musical input according to their own musicality.

Magnetic Fields Festival has just released a short film capturing glimpses of the pair’s synergy and the creative process that went behind ‘Asrar’. Check it out below: