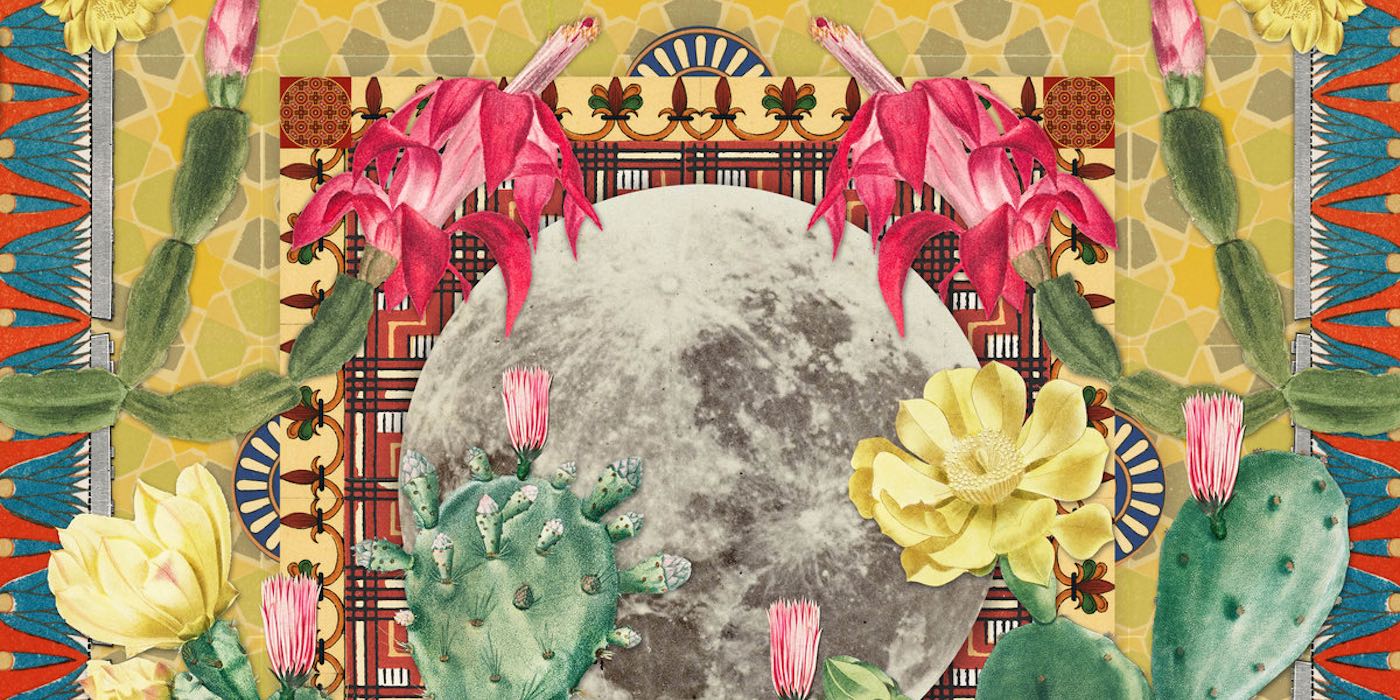 There are few producers in the country as comfortable with the dub-typical filtered low-end than Sourodeep Guha aka Stain. However, that is hardly the kernel of Guha's 'Demon Child', on which, he puts the creative approach he is most comfortable with as the bedrock and focuses on building upon it a rich and his most personal narrative yet. Consequently, the 6-track EP has an atypical but unmistakable Indian element to it, most obvious on the rhythmically loose melody of 'Retrospect' and the standout track 'Don't Die', on which Guha decorates a Matka rhythm inspired from a Bengali children's horror classic with a looming collage of samples.

Guha adds the context: "This EP tells you how I felt all my life for being a nerdy aspiring musician. If you aspire to be a musician and you are from a conservative family, in 21st century, in the middle of a pandemic, that’s a suicide mission. You start feeling the rights of expressing yourselves via art is considered a privilege by people who can’t do this and they label your lifestyle as evil."

Goa-based producer Sachin Shetty aka Shallwe?, who previously released under the moniker Luna Toke, takes inspiration from the "jungle living in Goa" on his latest and first 2020 release 'Moon Worship'. The inspiration unmissably shines through on the laidback psychedelic house track. Beside the thumping kick and snare, the percussion and occasional squeaky psychedelic melodies harken to the bird noises on a beach while ambient pads approach and recede in the distance like waves.

New Delhi-based act Sanil Sudan aka FILM's latest 3-track EP 'Feed Sequence' can be categorised on the same metaphorical shelf as the softer but non-ambient works of Aphex Twin, but with dialled-down drum frenzy and heightened danceability – especially on the gradual deliberate rise and drop of the title track and the visceral steady rhythm of 'Thump Chamber'.

One of the freshest veterans of Indian dancefloors, Gaurav Malaker aka BLOT! keeps things simple and straightforward on his latest four-on-the-floor number 'Rain', syncopating a swung bassline over the steady rhythms of the drums and an incessant arpeggio. Halfway through, the track turns melodic as vocal samples and reverberating plucks gradually creep in, lending the journey a seamless ebb and flow devoid of any abrupt rise and drops with the purpose of showcasing what Malaker's music does best: making people dance.

Himay has maintained a tight grip on his love for dance music even during the past few months when the dancefloor remained dormant. The Mumbai-based producer paying a homage to the boom of acid-house in the UK through the late 80s, known as 'the second summer of love', with the track 'Hacienda', named after the iconic venue that was at the centre of the movement. The track definitely encases the staple elements of the genre like the dizzy-ing TB303-arpeggios but also builds upon it with more disco-reminiscent hard piano chords and chromatic runs, capturing the psychedelic immersiveness of an effective acid-house track rather than just constructing with its proprietary timbres.

'The Tryst' By Abhi Meer

Though Mumbai-based artist Abhi Meer's previous output has been focused on ambient textures, they take to the background on his latest release 'The Tryst', instead giving way to a busy interplay of percussion. Though at first, even the rhythmic elements maintain a subdued quality, the concoction becomes increasingly volatile, erupting in a crescendo as Abhi Meer introduces samples from India's first prime minister Pt. Jawaharlal Nehru's historical speech 'Tryst with Destiny', which marked the hour of the country's independence in 1947. The underlying track aptly reflects the rousing and jubilant nature of the words while subtly infusing haunting melodies near the outro, perhaps signalling at some of the problems and darkness to follow in the country's history.

Indian drum 'n' bass frontrunner Aditya Ashok aka OX7GEN released his latest single 'Kodachrome Sky' via Program, a UK-based sister label to the acclaimed RAM Records. Ashok keeps most of the focus on the cavalcade of tight rhythms in tandem with the frenzy of the genre to the point where just the drum-parts would have sufficed for an engaging listen. However, the track has the added rhythmic interplay of the glitched basslines and the delay tails of the occasional melodic hit against the percussion, presenting an assembly that's rich as a whole but minimal at a single given point.

"Sometimes you need to breakdown for a breakthrough', writes Yohan Marshall aka Yodadrunk over email as he introduces us to his latest track 'I Break', singing about the journey from pushing your limits to finally finding the inspiration that makes everything fall into place over bass-heavy R&B-inspired production. The track doesn't reflect the underlying bleakness and pain, but the lighter mood beyond it, emerging as a feel-good number with its sliding basslines and cascading vocal melodies.

'I Can't Go Back To Sleep' By Tanmaya Bhatnagar

New Delhi singer-songwriter Tanmaya Bhatnagar wastes no time in setting the scene on her sophomore single 'I Can't Go Back To Sleep', lulling you in with the raspy hushed voice and the casual confessional lyrics. Synthesizing the moment after waking up from a dream in a quick push of songwriting, Tanmaya offers a charming sincerity in her writing and vocal delivery through the tried and tested medium of a rhythm section-backed indie-folk ditty.

Jay Visvanath aka JVish kicks off his musical trajectory with the single 'King', intending to channel the anxieties he has lived with as a kid, the stories he has encountered moving all over the world and tragedies like losing his father at the age of 14 while he was in UK. On 'King', which is produced by his brother and lauded musician Dhruv Visvanath, JVish sings about destigmatising mental health struggles and that anyone who accomplishes anything while having all those battles in their heads is a 'King'. While JVish's rapping skills leave much to be desired, the foundational songwriting of the track more than makes up for it, with the invigorating chorus adding a cherry on top.

Pune-based instrumental rock group Celestial Teapot made a comeback after 3 years with the single 'Defgain', kicking things out with the heavy walls of distorted guitars that listeners of the group identify the band with before breaking into a sober almost-ambient exchange of melodies, showcasing a much more mature composition style and leaving the anticipation around future releases.