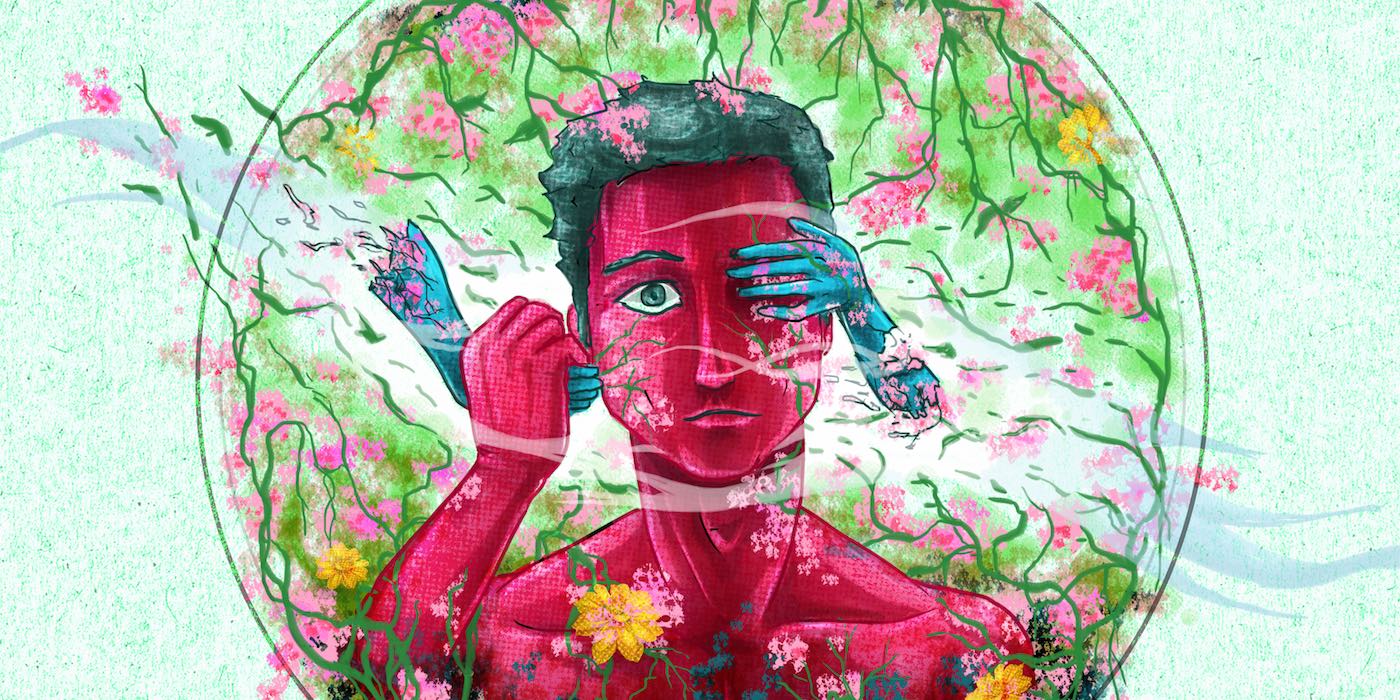 First on ‘Emerge’, then on ‘Khiana’ – Astaaq Ahmed aka The Earflower Experiment has spent the year leaving a steady trail of folk-meets-prog rock numbers that carry a cinematic grandness. On his latest single ‘Grow’, which he released just a week ago, the Gurugram-based multi-instrumentalist heads the other way. Instead of making things large and spacious, ‘Grow’ keeps the listener up close, privy to the intimate sounds of acoustic guitar riffs, miscellaneous scratches, the tsks and pops of the human voice, and the occasional whisper. The energetic climatic song structure that pervaded Ahmed’s previous work remains intact and so does a strong beat, but this time it’s delivered over soft beatboxing instead of booming drums.

“The beat I played using kitchen utensils or the scratch sounds I made on an old kalimba or the random beatboxing, all have found their place in the final release. In fact, when I took the song to Aman, I told him I don’t want to change it at all,” recalls Astaaq about taking the song he made two years ago to his long-time collaborator and producer Aman Saxena. “However, the rebel and genius that he is, Aman defiantly layered out some amazing mellow synths and guitar parts that completely solidified the mood and feel of the song. This track, in my opinion, represents the pinnacle of our collaborative endeavours.”

The pinnacle of collaborative poignancy that defines the release comes from the music video, which you can watch below exclusively on Wild City, ahead of its release tomorrow.

Due to the limited agency allowed by the lockdown, Ahmed found it hard to realize his original intentions for a music video. “That’s when I thought to toy with the idea of making a video using only free-to-use stock footage – despite having absolutely no editing knowledge whatsoever. It started off as a joke, but after I brought Vanshika Malik (doesn’t possess any editing knowledge either) on to help me with the narrative, the video started taking good shape,” says the Gurugram talent. The result is a striking juxtaposition of tranquil serene visuals of a woman comfortable in her aloneness and the darkness of devil-ish elements before the two come together, adding a new layer of meaning to the song. While the aesthetics of the footage do remind one of big brand shower or cosmetic ads, the distinct narrative, its marriage with the music and the fact that it was made with zero budget and skills learned through YouTube tutorials give it notable merit – one that testifies to the power of DIY ethos and the resolute vision of creatives persevering to express itself in the face any and all restrictions and adversities.

Watch the music video for ‘Grow’ below.

In support of the release, Ahmed will also be announcing a contest wherein he invites his audience to watch the video and post (preferably over Instagram) a clip, of maximum 30 seconds, explaining their interpretation of the video and its meaning while tagging the artist’s Instagram handle. Ahmed will then select the most creative and thoughtful entry for a prize of an Amazon gift card worth Rs. 10,000. The exact launch date of the competition is yet to be announced. Follow The Earflower Experiment’s social handles via his artist profile for future updates.