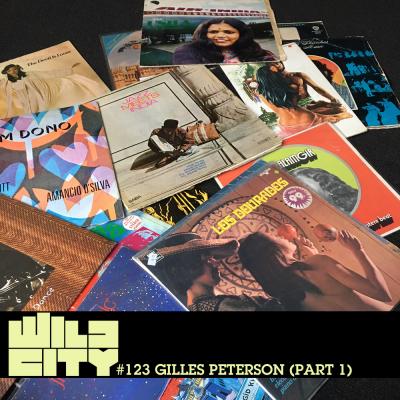 Drawing from the depths of his collection, Wild City #123 is a beautifully strung collection of tracks. A piano laces the first twenty minutes while a subtle tabla builds in the background until it’s the core item holding the mix together as tracks weave in and out seamlessly.

Plucking obscure raagas, he blends them together perfectly with a raucous, funky, Afro-jazz track from Lasse Fernlof & His Orchestra titled ‘The Chameleon’. Around the 20-minute mark, Peterson cuts everything to allow ‘Raaga Bhoopali’ by Pandit Prannath lull you into a sense of total relaxation. The track neatly divides the two halves of the mix as the second half leaves the sub-continent for Africa and beyond while allowing the sitar and tabla to maintain control and be the focus of the mix.

A masterpiece, it cuts through his vast collection of records with selections from India, Ghana and beyond, effortlessly put together, exclusively for Wild City.

Listen to the mix below and watch out for Part 2 later in the week. Gilles Peterson will be playing at the first edition of GOAT Festival this weekend, more info on that can be found here.