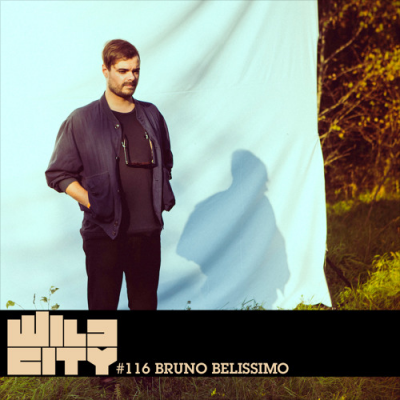 Part of a family of Italian immigrants who landed in Canada in the 70s, Bruno Belissimo spent most of his childhood in the suburbs of Toronto, where his father owned a movie rental business (also making his own sci-fi experimental films and playing as a guitarist in Canadian fusion band Ummo) and his mother ran a small café.

The creative environment he grew up in provided the fodder for his musical abilities later on in life. He sang as a child at his church before winning a scholarship at the Royal Conservatory Of Music in Toronto where he studied upright bass and composition. His increasing interest in electronic music later on in life led him to start producing, which - like a lot like his DJ sets - is marked by movable disco beats and smooth bass lines.

Bruno takes that aesthetic forward with Mix #116 for Wild City, which sees him play with a range of disco, funk, Italo-disco and house. He kicks things off with a modernised rendition of ‘Rise’ by Latin/funk American trumpeter Herb Alpert, keeping up a steady, dance-floor tailored rhythm and pace with Italian producer Luminodisco, Chilean maestro Tito Fernandez and Guinean vocalist Mory Kanté.

Get that novelty disco ball from college out of the cupboard, dusted and shiny for this one.

""Here’s a mixtape of some of the tracks I love the most, pure dance-floor-fillers! These songs are a perfect example of what I love playing in my DJ sets, a mix between disco, Italo-disco and house. Some tracks are very recent and others have got some years now but are still immovable from my gig bag."" - Bruno Belissimo