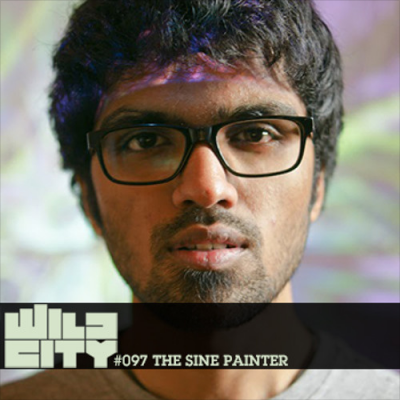 Jayanth Ramachandra has been on our radar since November 2014, when he innocuously contacted us on SoundCloud with two original productions. We saw promise in the relatively unknown young Bangalore based producer back then, and decided to feature his work under our ‘Dropbox Talents’ section.

We weren’t the only one’s who saw something special. In the last few months, Jayanth R has created a space for himself in our forward thinking music community, making more music and performing in his hometown and recently in Delhi.

The Sine Painter’s added another feather to his cap after the Red Bull Music Academy announced that he will the only Indian selected to be a part of their Class of 2015, set to take place in Paris in November. The achievement is especially admirable for someone with limited experience, and we hope that his example will push other young bedroom producers to not think twice and apply for the academy next year.

We got in touch with the Sine Painter for Mix #097 and it goes without saying that he did not disappoint, stitching together a very contemporary electronic set that featured some of todays most forward thinking producers.

Mix #097 is a breezy Sunday dance mix that you should listen to on a lively day surrounded with your favourite people.

"This mix is a collection of tracks that I have recently really enjoyed listening to. There isn't much of an underlying theme apart from them all being (sort of) dance music. The tracks cover a wide range of moods, genres, regions and time periods. A few of them I like to play out when I DJ and a few of them I like listening to while sitting at home. Hopefully the mix also helps highlight some sounds which are usually overlooked when dance music is thought of." - The Sine Painter