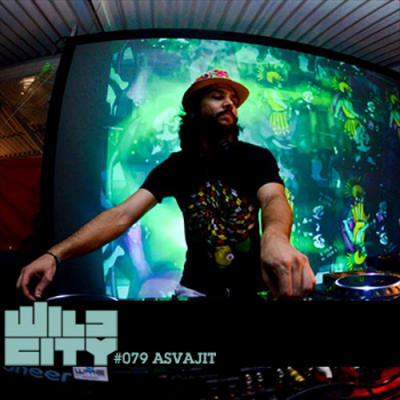 Once the lead guitarist of Colombo based progressive jazz-rock band 'Powercut Circus', Asvajit has made a name for himself as one of the most respected and forward thinking electronic musicians to emerge out of post-war Sri Lanka.

Apart from producing solid dancefloor bangers and whipping ravers into a frenzy, Asvajit is also a professional book designer, Ableton Live instructor and founder of Sri Lanka’s first independent underground record label, Jambutek Recordings. As well as this, he's also the co-founder and driving force behind the underground electronic music collective Bang Bang which has hosted a variety of events across Sri Lanka since 2010.

In short, he's a bit of a Sri-Lankan legend.

Playing at some of the island’s largest events, Asvajit has built a healthy following around his own original compositions as well as his energetic DJ sets which feature a broad range of genres ranging from dub techno right through to tech, house, dub, reggae, nu-jazz, funk, electro-swing and even hip-hop.

Clocking in at just over 60 minutes, the mix starts slow, gradually warming up proceedings by thickening the percussion and slowly migrating towards more kicking house and techno sounds. This path however is filled with long, loping twists and turns, as Asvajit is far too skilled a DJ to get bogged down in any particular groove. After all, he's had his fair share of hours in the club, and is clearly capable of putting all of that experience to good use.

“ This set starts out with some dubby, atmospheric techno before working its way through a few chugging deep techno tunes - eventually into some of the more funky grooves that I'm better known for on local dance floors."" - Asvajit