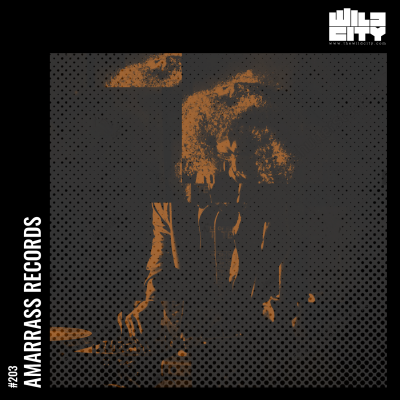 As we try to differentiate our mix curation with the inclusion of our first mix from a label instead of it being representative of a single individual, none felt as unique in that sub-category as Amarrass Records.

Started by Ankur Malhotra and Ashutosh Sharma in 2009, the label, management, booking and vinyl pressing agency stood apart from most of the music industry, which was looking at the West-imported strands of music modern Indian culture, by turning its focus towards the 21st-century face of India’s traditional arts that had been pushed further into the fringes.

Highlighting that very face in all its variety, the label has stitched together works from its artists and events for their Wild City mix.

The selections make the case that even the traditional arts aren’t without modern adventures as Amarrass’ early signing the late Padma Shri award-winner Kamaicha-player Sakar Khan conjures a wall of lute’s screeching, reminiscent of Steve Reich with ‘Train No. 2’. The contemporary re-contextualisation of folk arts continues through artists like Barmer Boys, one of the label’s most popular offering, meanders through the placating Malian kora-playing with works by Vieux Farka Tourè and Madou Sidiki Diabatè before offering some of the folk music in its most puristic shades. From the latter, the prowess of Lakha Khan, the recent Padma Shri winner and one of the last Sindhi Sarangi players, and Rehmat-e-Nusrat cut through. Bringing the colourful journey to a conclusion, Ravana’s dub backdrop sneaks in behind the hyperlocal spoken-word style of Jumme Khan, from their collaborative album ‘Dubfounded’ before a final flourish with the legendary Charanjit Singh, the Indian pioneer whose ‘10 Ragas To A Disco Beat’ is now celebrated as the first acid-house album.

"An eclectic mix, more along the lines of an Amarrass Records Selector Set, that showcases some of the artists we have been fortunate to work with over the past decade including TWO Padma Shris - the late Sakar Khan, and 2021 awardee Lakha Khan. A mix of field recordings, radio transmissions, Amarrass terrace sessions, Amarrass Festival and Amarrass Nights concerts." – Ankur Malhotra (Amarrass Records)

From the album 'At Home' by the late Padma Shri Sakar Khan, one of the greatest kamaicha players. Field recordings from Jaisalmer, Rajasthan recorded and released in 2012 that received the prestigious 5 Stars - Top of the World album ranking by Songlines.

From the album 'Mitha Bol', and our first sonic explorations in the field in Rajasthan in December 2010.

From the album 'At Home: Barmer Boys', field recordings from Barmer, Rajasthan and the debut album of the "global ambassadors of Rajasthani folk". Two subsequent albums by the band, 'Kesariya Balm' and last year's 'Live in Berlin' showcase the band's evolution in sound and amalgam of traditional and modern.

4. Vieux Farka Tourè – All The Same

An unreleased excerpt from soundcheck while on tour in Denmark in March 2018. A 7th generation master of the 26 stringed Sindhi sarangi, and perhaps the last great player of this instrument. Accompanied by his son Dane Khan on the dholak. Amarrass Records has released three albums of the sarangi maestro - 'At Home' (Top 5 Rajasthani albums ever - ROOTS), 'Live in Nashville', and 'Live at Global' 9recorded in Copenhagen, Denmark.

Bombino is the Jimi Hendrix of the Sahara, and 2020 Grammy Award nominee, from his 2012 Amarrass Desert Music Festival tour.

The latest band to join the Amarrass Records family, from the mountains of Uttarakhand, Rehmat~e~Nusrat are a sextet of young musicians channelling the music and passion of late Nusrat Fateh Ali Khan. Just an instrumental teaser here, you have to check out the band live with their renditions of Amir Khusro, Ghalib, Faiz, Kabir and more.

From the 2019 Amarrass Records release on 12" + 10" handmade vinyl, spoken word meets dub on this Amarrass production.

Another legendary musician that we had the fortune of presenting.