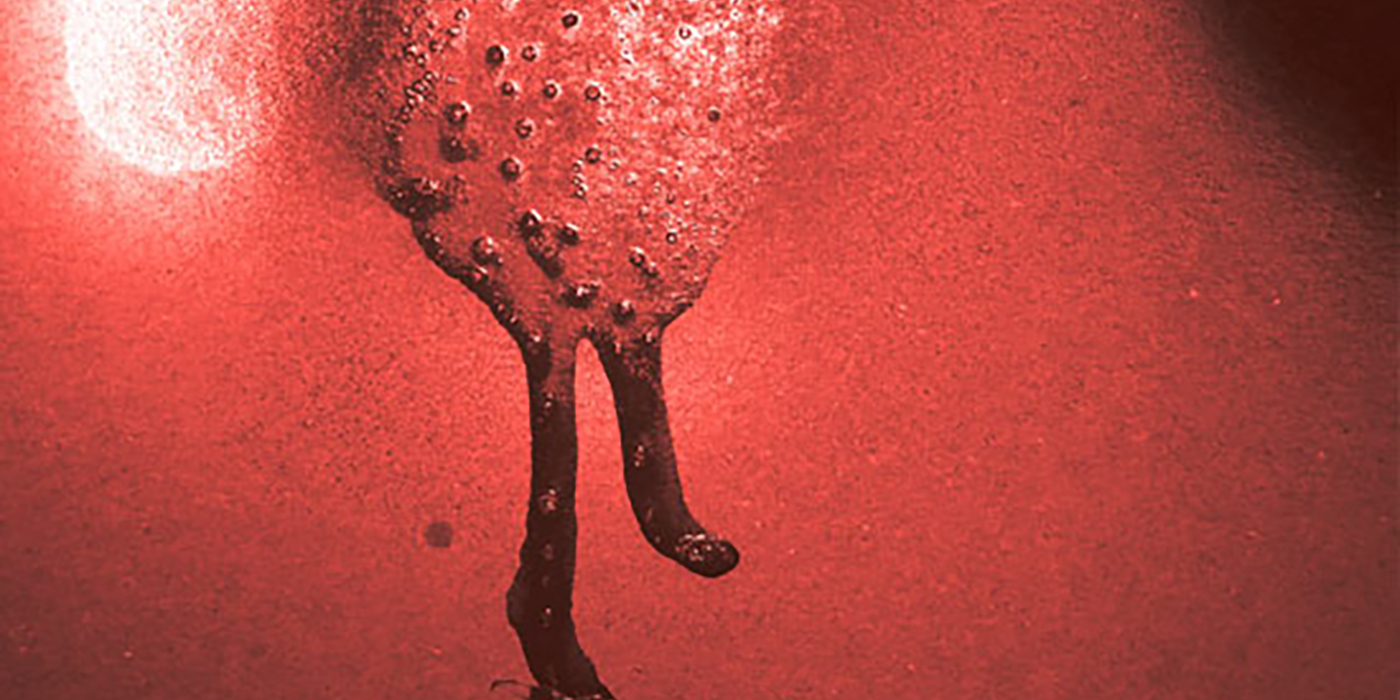 Ikagar Saini is a man with no plan. He hates planning. So much, in fact, that he is committed to improvisation almost as a way of life. It’s what informs his music, his art, just about everything he does. His idea of expression is a spontaneous burst of emotion through his work, diverging from an abstract point of origin to a drastically different conclusion.

Saini writes music — let’s call it music for now — under the name Infinite Jar Space. It’s really not for the faint-hearted. The sound is often just horrifying passages of guitar noise, where he basically reaches the edge of chaos, before reeling it back in just a bit. Only to repeat the whole thing again. Other times, it’s colourful melodies that he breaks with an insistence on seeking out unfamiliar notes. Dissonance plays a big role in Infinite Jar Space’s aesthetic; it’s never comfortable or easy listening. It requires concentration, it requires hard work.

And it’s all improvised. His most recent release ‘Wakefulness Control’ is a five-song album he put out in April. It’s been written on an acoustic guitar — that’s all there is on the record — and he draws heavily from free jazz and Indian classical music, which is the space he’s in right now. It’s the result of one night of madness. “I don’t have an acoustic guitar at home,” he tells me. “I borrowed one from a friend.” He was doodling randomly on it, trying out different arrangements and chord shapes. “Shapes I don’t even know of, my mind doesn’t know of.” He ended up recording the entire session, playing things on the fly, experimenting with the guitar. “I’m always experimenting live, exploring abstract concepts. It’s sort of a narrative, really. Sometimes I get a visual idea. It’s a synesthetic experience,” he says.

Saini is also an artist. All four albums he’s put out on Bandcamp feature his art as the album covers. The most recent one (comprised of a few blotches of paint) was the result of Saini spray painting over cardboard. He happened to glance at it after writing ‘Wakefulness Control’, and it made sense to him. He follows the same process with his art, just winging it and expressing his immediate emotions through his work. He’s a shy person, someone who’s perhaps unable to articulate his thoughts to other people easily. Even in our conversation, he talks with a kind of forced restraint, like he’s holding back just a little, reluctant to over-explain. He’s had confidence issues too in the past. He recalls how he wrote a lot of ‘conventional’ music when he first started playing the guitar. But he never put it out because he didn’t get the kind of support he was looking for. He felt like an outsider. So he began trying something different. It was a series of conversations with Spankeol that finally gave him the conviction to put out his improvised music. And thus Infinite Jar Space was born – last year.

Even now, he retains that outsider identity. He’s optimistic about the fact that, in Delhi, there’s room for artists to experiment and try out avant-garde sounds. But he doesn’t want to get too caught up in the ‘scene’ dynamics, choosing to observe from a distance.

Saini is 23. He’s from Patiala but moved to Delhi — well, Gurugram — a month ago. It’s only been a couple of years since he’s been playing guitar. He started off playing the blues but exists in a whole different world now. He plays prepared guitar. Which means that you alter the sound of the instrument by messing around with it. You place little screws and nuts and bolts to add a sense of disharmony, a diversion. Each time Saini plays live, he hunts inside the venue for different objects that he can use to alter the timbre of the guitar. He has a vague outline of what he’s going to do, and then he lets the energy of the place and its people take it from there. He does this ‘thing’ where he places the guitar flat on its back in front of him — ‘tabletop guitar’ — and does shit to it, beating on it, trying out different techniques, manipulating the sound.

Given the spirit of improv that Saini believes in, his sound across albums will always differ; each of his releases has been recorded live in single sittings, based on his given mood. But running through each is a strain of inaccessibility. The music is heavily avant-garde and intense and doesn’t immediately make sense. Which he doesn’t mind too much. “I say this all the time: You don’t need to ‘understand’ it. When you think about it, your mind tries to categorise the music just to make sense of it. That’s not how things work in reality; nothing really makes sense. It’s like a child would listen to it; [the reaction] comes out instinctively.”

It wouldn’t be a stretch to call it performance art, really. Which is what he often does, but for very different reasons. “I usually just tell people I’m a performance artist. If I tell them I’m a ‘musician’, they don’t get it. They’re like, ‘You’re not a musician, you play like a four-year-old!’” he says. So it just makes more sense for him to avoid that conversation.

Following ‘Wakefulness Control’ he wants to release more albums this year. It might just be under another name, he tells me, since that allows for a clean slate. Nothing is set in stone. Well, except for a trip to Berlin, Germany. Saini is attending RBMA 2018 this year in September — as MORPSIS, a name under which he writes experimental ambient music — as one of 61 selected applicants. Again, he has no real plans as such for what comes next. “I’m obviously never happy with the things I’m doing,” he says. “That’s the whole point! OK, I’m a thinker. But I don’t want to think. I need to work. People don’t know what you’re thinking; they know what your work is.”

This article was originally published on 14 May 2018 by Border Movement here. It has been re-published here with permission.