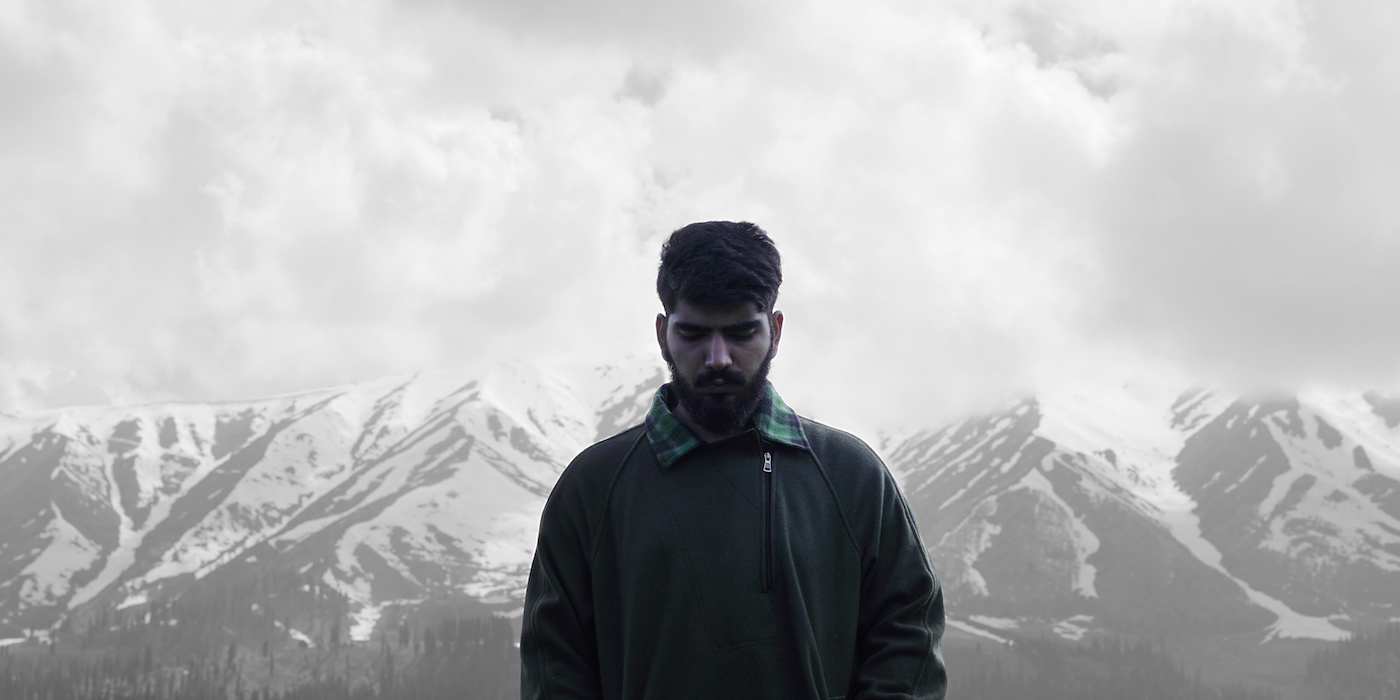 “For me, this is the most important record we have ever put out,'' remarked Azadi Records co-founder Uday Kapur at our listening session for AHMER’s debut album ‘Little Kid, Big Dreams’, made in collaboration with Sez On The Beat. With the label’s reputation as the poster child of the country’s socio-politically conscious music platforms, a remark like that packs significant weight – a weight that the 8-track release carries by covering the extremes of both political and personal. AHMER achieves this feat by boldly reflecting upon his existence, which by virtue of its roots in Kashmir, is unwillingly chained to a political narrative.

“Crack down as manz zaamit, curfew manz maraan… Bunker yeti gharan manz, bha qabrah khanaan (We’re born in crackdowns, we die in curfews… They turned our homes into bunkers, and I’m digging graves),” raps the 23-year-old artist in ‘Kasheer’, as he voices an ocean of often censored sentiments. The effort bears immediate effect. Even among the finite gathering at the Listening Session, upon previewing the album, a Kashmiri attendee resounded gratitude to AHMER for giving a voice to the underrepresented people of Kashmir. Meanwhile, several others absorbed intently the stories of run-ins with police and first-hand glimpses of the military’s presence in Kashmir, as Azadi Records’ crew recounted their experience of organising a concert in Srinagar in September 2018, along with Delhi Sultanate and Begum X.

Starting a conversation is part of the rapper’s aim, as he proclaims in ‘Elaan’, “Ye meri jung jahilo se, jaise Karbala (This is my fight against ignorance like Karbala)”. The track takes it one step further, with assistance from label mate Prabh Deep, by straight up calling out people who support warmongering from the comfort of secured lives. According to AHMER, “‘Elaan’ is a war cry against everybody who uses socio-political and religious differences to divide us... This is a no-holds-barred statement against the polarisation and exploitation of the masses by the powers that be.”

‘Elaan’ is the most politically charged offering on the album, beside ‘Uncle’ (which pays homage to AHMER’s uncle Shaheed Aijaz Dar, who’s considered the first martyr of Kashmir’s militant insurgency that’s been ongoing since 1989) and ‘Kasheer’. “Through ‘Kasheer’, I want everyone to know that nothing has changed in Kashmir over the years and we are still being controlled back home. This is the anthem, the people's anthem,” explains the rapper over Facebook posts. Aptly so, the song employs Koshur, the language of the people of Kashmir – which brings us to two other objectives that ‘Little Kid, Big Dreams’ hopes to serve: fostering hip-hop in the valley, and securing the legacy of Kashmir’s language.

The state has seen a struggling share of hip-hop artists emerge from it, most notably MC Kash, whose track ‘I Protest’ became an anthem of dissent during the 2010 Kashmir unrest. Subsequently, Kash’s studio was raided by police in 2010 to see if he was backed by separatists or militants. The album highlights this story with the skit ‘Roushan’. Even while recognising the immense influence MC Kash has had on him, AHMER addresses the limitation English poses against popularisation of the genre and its messages within Kashmir. He moulds Koshur, Urdu and Hindustani to deliver the political outcry, not in a matter-of-fact manner, but with an undaunted and self-assured angst – asserting himself and revoking the notable influences on the valley’s legacy with lines like “Beatan peth Sez, rapuk Faiz Ahmed Faiz (Got Sez on the beats, I’m the Faiz Ahmed Faiz of rap)”.

The suggestion to rap in Koshur came supported by co-conspirator Sez On The Beat, who is at his collaborative best on the album. “I wanted to reflect AHMER’s roots even in my production... so I tried adding a Santur,” Sez laughs at our listening session, “that’s the extent of my research.” The album refutes the humble claim by showcasing a producer with the selflessness of someone who has nothing to prove. Sez strongly supports every structural manoeuvre and language switch of AHMER, stepping back to allow what’s important, without ever encroaching the limelight (barring his signature chant of “Sez on the beat boy”). The true merits of the musical aspect of the release lie in the fact that it is able to provide a cohesive, unhindered and undistracting outlet to AHMER’s onerous narrative.

“The individuals behind Azadi might fail but the idea of Azadi will live on, because the idea is bigger than the individuals,” repeated Uday over and over at the session. In light of that statement, it is easy to see why he would consider ‘Little Kid, Big Dreams’ as the label’s most important offering. The album packs multitudes of purpose and indignation within its 8 tracks – most of them valiantly defying the present day climate where opinions that defy the predominant narrative positioned by the Indian government spark politically-backed public retaliation.

Whether the release is designated as one of the finest releases of the year or even manages to end up on one’s playlist, depends on the listener’s musical taste. However, for its unprecedented ability to unflinchingly document the time and culture of a most volatile environment, ‘Little Kids, Big Dreams’ is one to stand relevant for years to come.

Listen to the album below and head to AHMER's artist profile for further information.