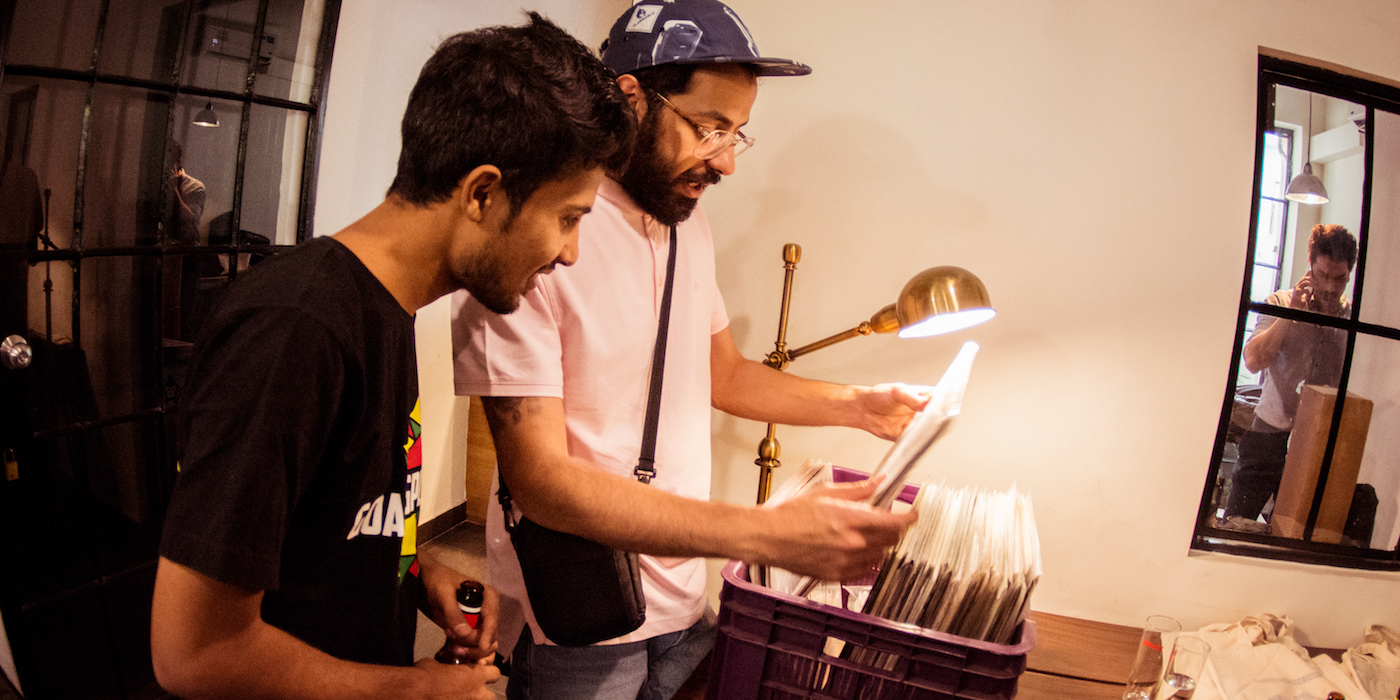 A mainstay in London's electronic underground music scene for nearly two decades, Jonny Rock has laid down tracks on some of the most respected labels, including work with the likes of Luke Solomon and DJ Fett Burger. Few can join the dots between old school Chicago house, underground disco and boogie vibes as skilfully as he can. Add to that his fascination with Turkish cosmic rock, disco folk and psychedelic funk, which he dug out in the streets of Istanbul and Izmir, and mystical, hypnotic melodies of the Orient, and you have a set that's unmistakably Jonny Rock.

Tarun Balani is a drummer, composer, percussionist and music educator living in New Delhi, India. In 2012, at age 27, Tarun released his debut record “Sacred World”, which has been said to “point to the future of jazz in India.” Tarun’s music is driven by a restless desire to be a holistic artist, inspired by his Indian roots and synthesized into his work. An inward and spiritual experience for Tarun, music has had a very special impact on his life, in finding his voice through the drums, and then in building a career in performance and teaching.

Comprising boxout.fm co-founders DJ MoCity and Dualist Inquiry, in addition to the New Delhi community radio station’s innermost crew-slash-resident DJs - MadStarBase, Abhi Meer and Manaalina - Boxout Soundsytem offers a refined, 360-degree take on music in all its forms. It's only routine to expect an extra-rich palette, from dubby electronics to experimental hip-hop to blistering electro and much in between. Each DJ in the crew brings with them years of experience both behind the decks and in front of the music, setting the stage for the ultimate takeover in any setting.

Member of 'It's OK To Talk' - a safe space to share your experiences with mental health, mental illness and wellbeing.

Records outlet dealing in tightly curated library of vinyl records across genres as well as a range of thoughtfully assembled Stereos that provide a true listening experience for every budget.

New Gramophone House was established in 1930 at Anarkali bazaar, Lahore, by founder and chairperson Late Sh. Bhagwan Dass Rajpal. It was a leading store in wholesale and retail for 78 RPM records, gramophone players, needles and other spares, exclusive dealer for HMV. It now resides in Old Delhi and is a premiere destination for vinyl lovers across the world.

boxout.fm is an online radio focusing on alternative music and culture in India. In order to serve the community’s needs and help it thrive, it offers a carefully-mined perspective on India’s emergent musical and cultural scenes, both on and off the Internet. The radio team will be dealing their collection of vinyls at the event.