The Dosti Music Project brought together a group of musicians from Pakistan, India, and the U.S. for a month-long residency and tour in 2015 and 2016. An initiative of the U.S. Embassy in Pakistan, produced by Bang on a Can’s Found Sound Nation, Dosti invited a group of Pakistani, Indian, and U.S. musicians from a wide variety of traditions, ranging from Sufi singing to beatmaking to avant garde jazz, to collaboratively write, record, and perform original music, reinvent traditional music, and develop impactful initiatives aimed at local and international communities.

Following the success of its 2015 flagship program, the Dosti Music Project has just opened applications for the second edition set to take place... 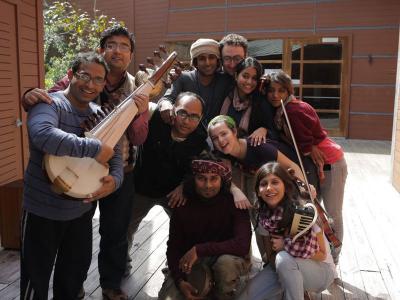