Protest The Ban On Live Music In Bangalore 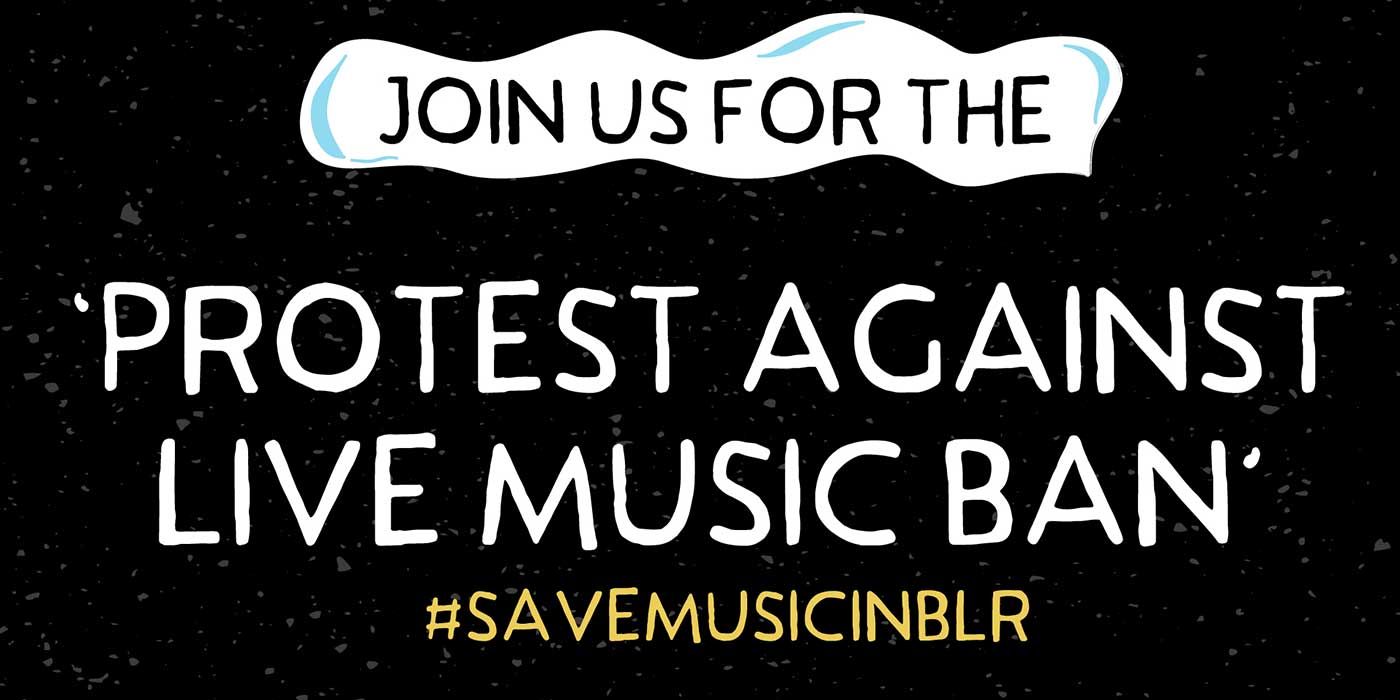 Following the Karnataka Government’s recent ban on ‘live-music’ a few concerned individuals in Bangalore are organising an active protest against the arbitrary law that restricts live performances in public spaces.

A panel discussion with musicians, lawyers and promoters has been scheduled to take place at Vapour Pub And Brewery in Bangalore on 29 July at 5pm. Those wishing to participate in the final protest should RSVP here.

The blanket ban on playing music in public, that was originally meant to weed out illegal dance bars, according to locals has deterred the city’s spirit which majorly looks to live music for its cultural semblance - even resulting in a venue getting vandalised over the weekend with broken bottles and damaged equipment.

“Cutting down dance bars and ensuring public spaces conform to necessary rules of safety and ordinance is obviously a good thing and needs to be implemented but an ad-hoc, knee-jerk reaction resulting in a blanket ban of music takes us back to the days of witch hunts.” - The Humming Tree.