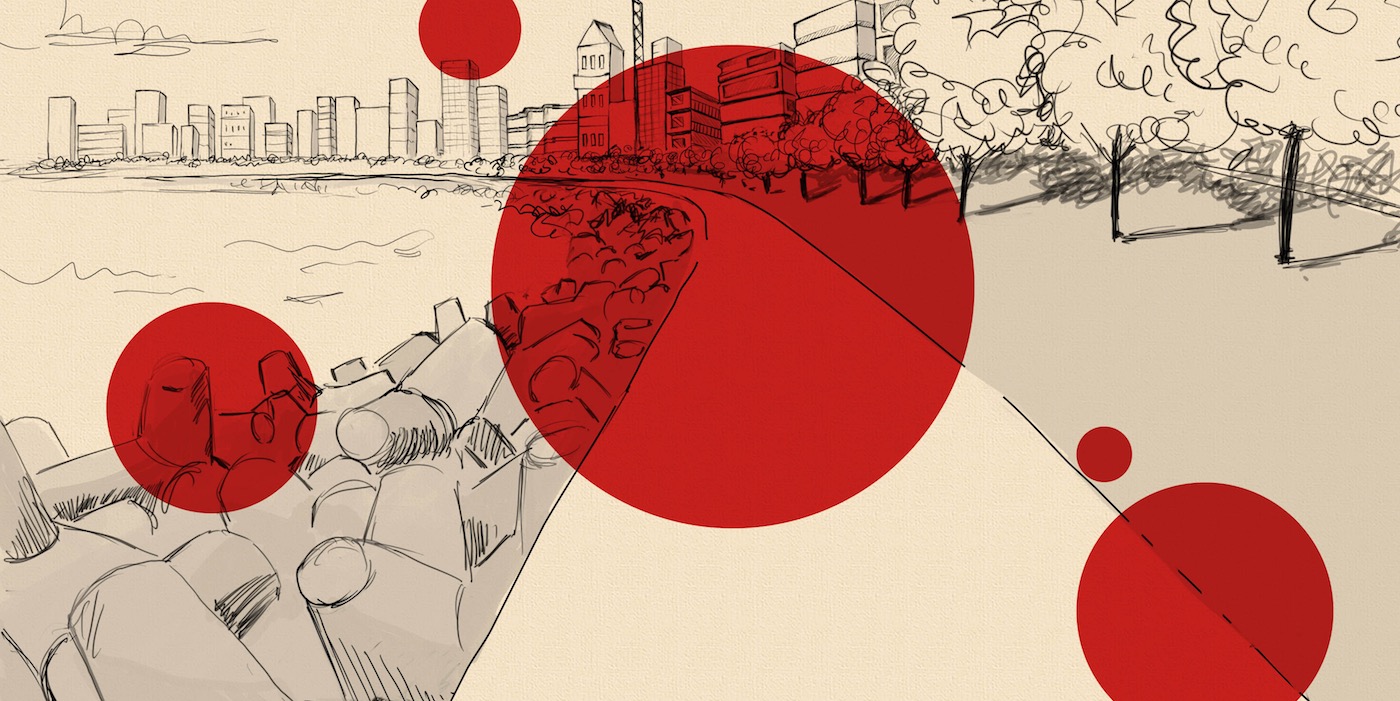 There’s no denying that over the last few months, the Coronavirus pandemic has resulted in a massive loss of life and livelihood around the world, and has damaged several economies and industries, the repercussions of which will be felt across most stratas of society. During this time, most of the administrations encharged of leading their respective states, like in India, have committed frequent blunders and continued to propagate divisive agendas, while media has derailed serious discourse to sensational and controversial levels. It’s easy to be bogged down by the bleakness of the situation and stay positive, and Zain Culcuttawala aka Bulli Bainbridge experienced the same. To break that cycle, the Mumbai-based producer has released the single ‘Corona Goes’ (Feat. Rhys Sebastian), the music video of which you can view below exclusively on Wild City ahead of its release tomorrow.

‘Corona Goes’ finds its root in the challenge that went across India’s alternative music community which entailed flipping samples from the viral video of Union Minister Ramdas Bandu Athawale and the Chinese Consul General in Mumbai, Tang Guocai chanting “Go Corona Go”. At the time just before the start of lockdown, the subject and the products of the challenge were only humorous. Since then, we have grappled with headline after headline, digesting one only to be taken aback by the next. With the music video of ‘Corona Goes’, made by Omkar Potdar aka flying shoe, the happenings are viewed closer together till the juxtaposition makes a bizarre circus-like show out of the previous months, depicting people forgo all scientific advisory to bang utensils or illuminating diyas like in a celebration.

According to Calcuttawala: “Since I had time, I chose to make this gag snippet into a full-fledged song. It sort of organically became what is possibly an antithesis to our news. What I mean is I chose to paint a picture of what I saw not from an ominous perspective but one of satire and mocking disbelief. In fact, I'd hope that people can listen to this song and feel a sense of calm rather than anticipate calamity.”

Though even the music video couldn’t remain absolutely bling-sighted toward the onerousness of the situation. Just as you grow comfortable laughing at the video, its introduction of the plight of migrant labours and the brutality meted out to them brings you back down to the ground reality, even more poignantly as it shows daily-wage worker being beaten on the street between footages of people cheering with silverware on the balconies. The primary pacifier at that point are the track’s warm spacious chords, its energetic driving bassline, Rhys Sebastian aka Sax On Toast’s passionate saxophone solo and the well-placed samples from news broadcast and political speeches atop the crackling lo-fi hip-hop beat.

The pandemic and its hardships aren’t over yet, but the people have already seen and endured a lot in the past 7 months. Bulli Bainbridge’s comeback track ‘Corona Goes’ with its music video, is one of the most lighthearted ways to look back at it and take a breather.

Watch the music video below ahead of its release, and head to Bulli Bainbridge’s Instagram for more information.