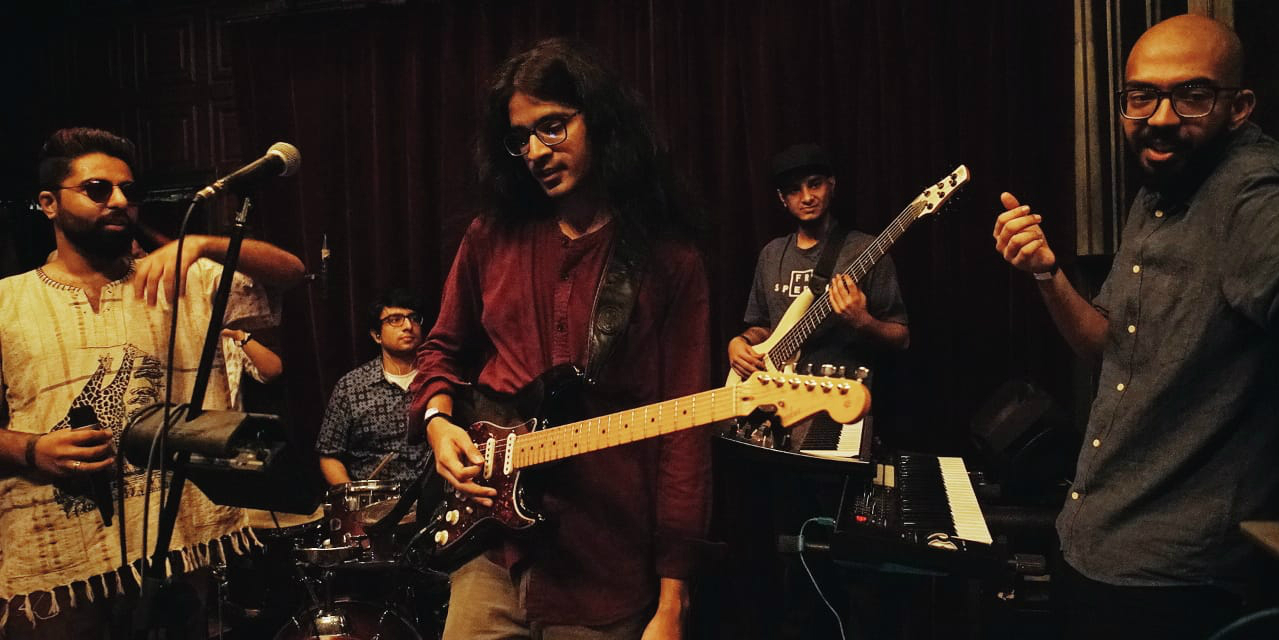 naqaab47 and Shoals made quite the stir when they released their last single 'ANDOLAN' in reaction to the violence at New Delhi's Jamia Milia Islamia University in December 2019. The single came in the midst of a slurry of protest music in solidarity with the protests taking place across the country in dissent against Citizenship Amendment Act and the proposed nation-wide National Register of Citizens.

Provoked by the aftermath of the violence that took place in North East Delhi in the last days of February, their new single 'INSAANIYAT' follows suit, with deadpan, almost nonchalant commentary on the hate-mongering politics of the government and the communal violence as a result of it. naqaab47 fervently raps on the track, “Kya hai Hindu? Kya Musalman? Mai insaan, mai insaan / Rah-e-Ulfat hai mera imaan / Mai insaan (What is Hindu? What is Muslim? I'm human / The way of love is my religion / I'm human).

More importantly, the artists have translated their feelings of helplessness and concern stemming from the violence into tangible action. They tell us: “To keep on creating and reflecting is the job of the artist, especially during times of despair. We want our music to provide comfort, but also to remind people that the struggle is not over. All proceeds from purchases made on Bandcamp for the duration of a month from now will be contributed towards relief efforts for victims of violence in Delhi.”

It isn't just proceeds from the purchase of 'INSAANIYAT' on Bandcamp that will be contributed towards relief efforts, but also from all other streaming platforms and via purchases of their previous releases 'ANDOLAN' and 'Paidash'.

Head here to contribute to the campaign. Listen to 'INSAANIYAT' below: