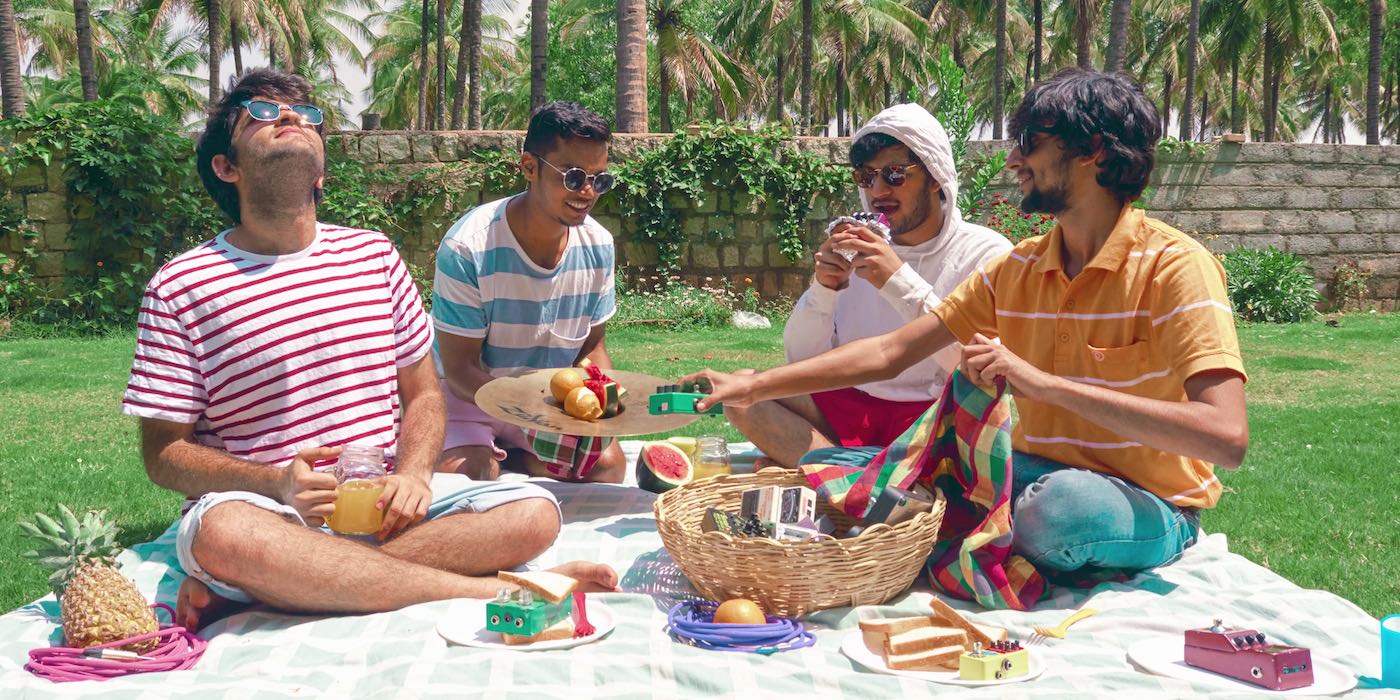 Mumbai-based three-piece band Smalltalk has just released the music video to their single ‘Tired’, made in collaboration with Mosambi Juice Productions, Jishnu Guha, and Krish Makhija.

The song expresses an apathetic view on boredom resulting from a peacefully predictable life, with lyrics like ‘Maybe I’m just tired with the way things work out’. The video expands upon the message and the track’s chilled-out brand of slacker-rock, with a slow-moving narrative of the band engaging in leisurely activities.

Hinting at escapism of a psychedelic nature, the visuals become increasingly off-kilter with disproportionately sized objects and vibrant colours – adding a trippy layer to the song which previously remained understated within the guitar lines. As the band’s debut music video, the release mirrors the band’s overarching ability to remain upbeat and vibrant while maintaining a stylistically languid appearance.

Watch the music video for ‘Tired’ below and head to Smalltalk’s artist profile for more information.