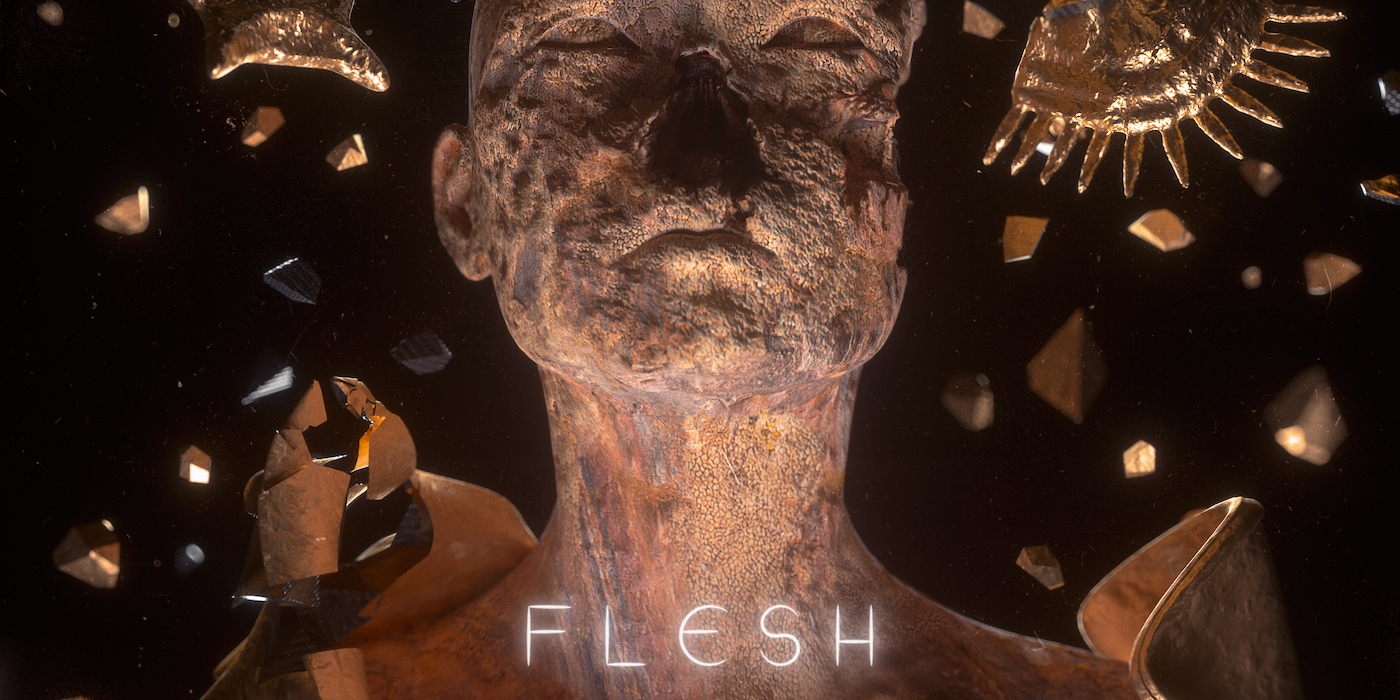 Although the 7-track album’s success in portrayal of something dark and sinister remains arguable, it does make for an infectious listen. Deeply rooted in an undaunted love for analogue synthesis, ‘Flesh’ exhibits the same synth-heavy sci-fi-esque qualities that define Aqua Dominatrix’s repertoire. What sets the record apart from his previous releases is its more hard-hitting and strobe-suited nature.