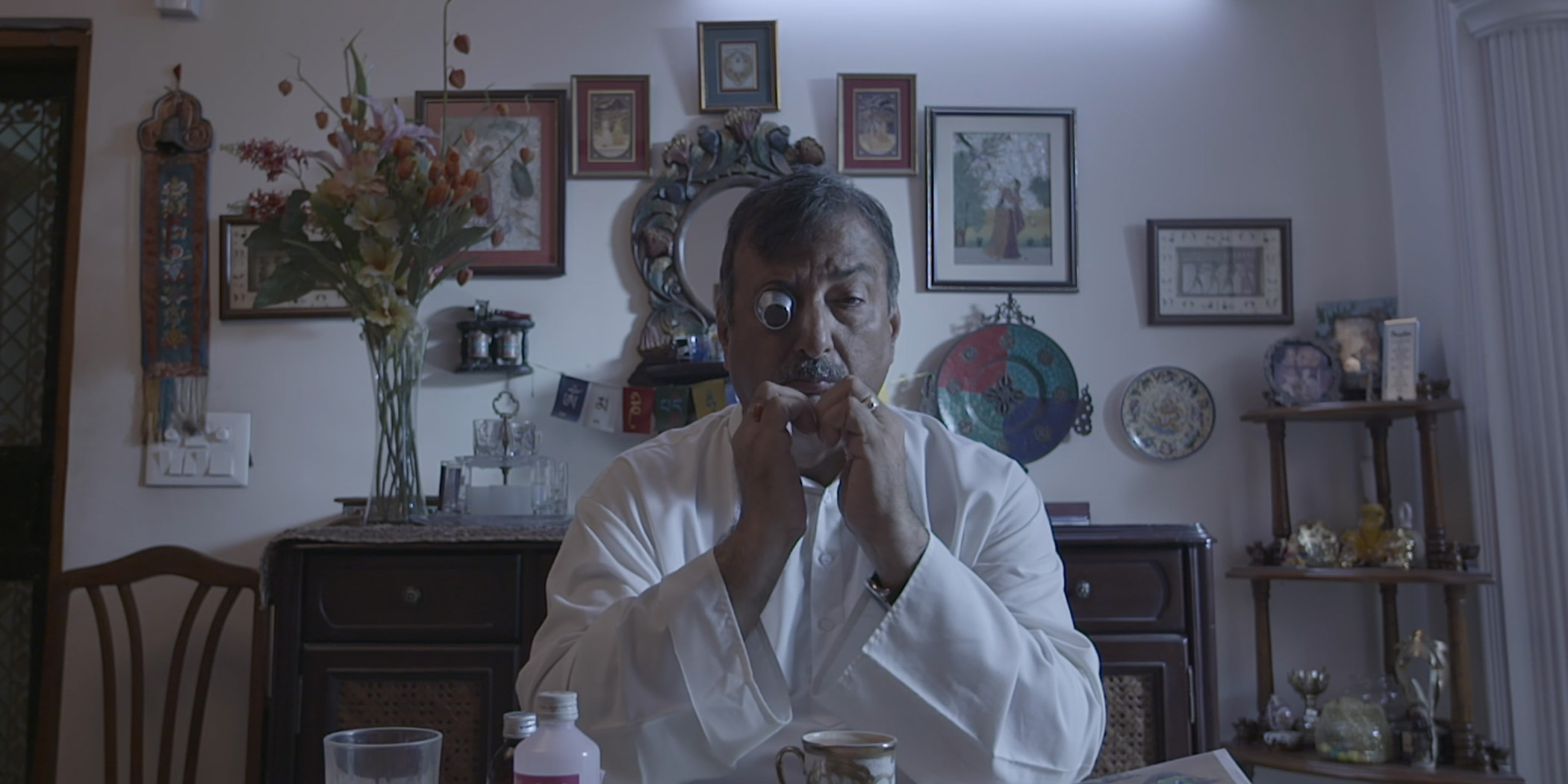 Nirvana has been covered so extensively by now, that an eye-roll is the standard response evoked by any new covers. That might be your immediate reaction to ZYkR's cover of the cult classic 'Lithium' as well – which premieres today with a music video – but try and hold your judgements till after you watch it.

ZYkR's not your ordinary indie-rock cover band – it's a left-field electronic collective founded by Indian-born, now US-based producer and musician Aseem Suri, that makes music which is “equal parts glitch and ambient with riff-driven, lyric-heavy rock”. Subsequently, the collective’s interpretation of the song takes on a fascinating electronica form, with tense beats, oscillating synths, and restrained vocals by Suri.

Suri was going through a difficult time when the arrangement came to him. He was between places and jobs, unsure of where his life was going, and dealing with a turmoiled relationship. “Kurt Cobain wrote the song about a man who finds salvation in religion when he's suicidal. Like the man in Nirvana's original, I was hoping to find my salve, looking everywhere, finding only a rare isolation that comes from self-sabotage,” says Suri, explaining that he recorded his arrangement in a resolve to stay afloat from a corrosive state of mind where he felt he was sinking. “In this version, I inverted the perspective to reflect the reality I grew up in – the isolation that comes from accepting one’s status as a misfit.”

Overall, the arrangement kindles an underlying tension and an evasive, haunting eeriness that betrays suspense and a sense of dread; fitting, for a song that starts with Kurt Cobain proclaiming “I'm so happy, 'cause today I found my friends, they're in my head”. Accordingly, the powerful music video, shot in slow motion by award-winning filmmaker Pranjal Dua and starring Suri as the protagonist, echoes a similarly bleak atmosphere, with a fitting depiction of how alienation manifests itself in urban middle class households.

“People remain in straight-jackets their entire live, without questioning, without transgression. Digging deeper, one realises that these self-imposed prisons are mere replicas of much larger structures that define our societies,” says Dua, talking about his vision for the video. “I have always been drawn to stories of people seeking to break free from these systems. How do we transcend the lives that have been pre-ordained for us? It is often in the most unlikely of places that rebellion is born. And it is a thing of immense beauty when people choose to ‘not belong’. When they refuse to live life within oversimplified definitions of themselves.”

Anyone familiar with Kurt Cobain's life and persona can find overlapping themes here: alienation, a refusal to abide by society's standards, perhaps even self-sabotage. And that, plus a thoughtful, innovative sonic interpretation, are what make this a really great cover, both in terms of sound and essence.

ZYkR's debut release is slated for later this year and, according to Suri, will be tackling themes ranging from political inaction and corporate greed, to surveillance and addiction.