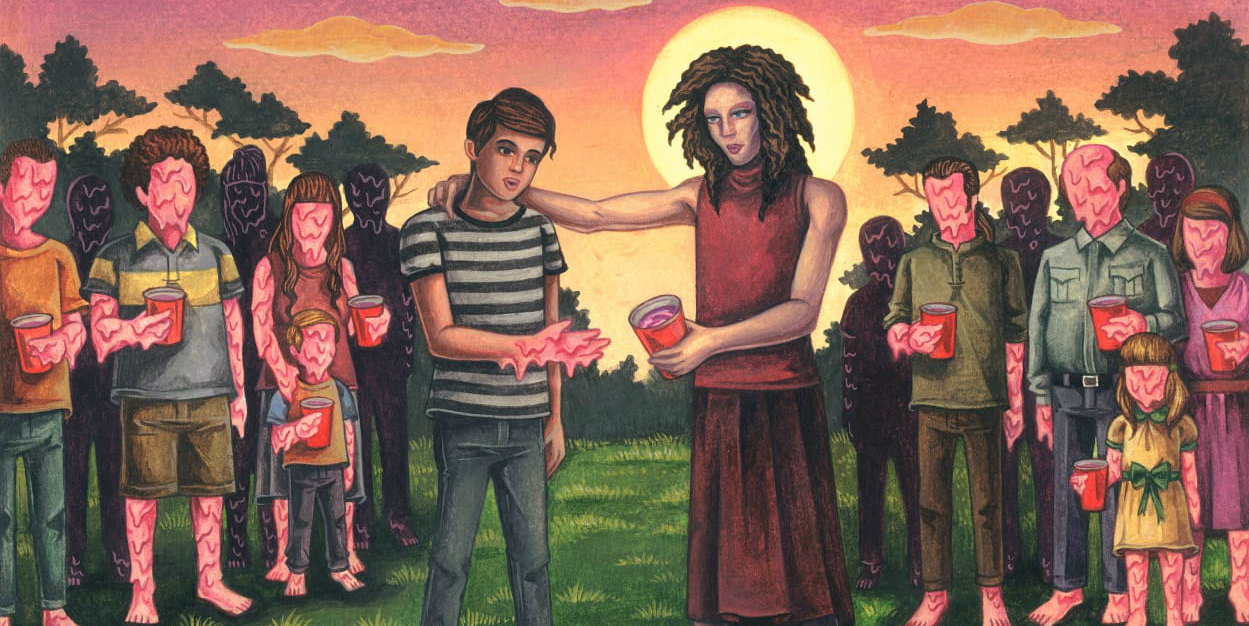 Paraphoniks first featured in our 'Dropbox Talent' series, which was followed by yet another exclusive listen of their EP 'YARNS'. 'YARNS' saw the duo depart from the rawness and dance floor-friendly beats of their debut album 'Handwired' for a more synth-heavy, electro-pop influenced sound. With 'Silhouettes', Sid Shirodkar and Shatrunjai Dewan continue to build their intricately wrought legacy around synthesisers, both analog and digital modular.

Sid and Shatrunjai wrote most of the material over a few isolated weeks in the Himalayas last year, and continued to ideate and work on the album over time. If the Jonestown Massacre-inspired album artwork by Priyesh Trivedi is of any clue, 'Silhouettes' stems from Paraphoniks' fascination with cults and quasi-religious movements.

The album is defined by the usual suspects that comprise IDM: the tracks are littered with breakbeats, saturated atmospheres, traces of techno and funk, and diverse influences from all over the dance spectrum. Of course, no Paraphoniks release would ever be complete were it not built upon a solid foundation of synths and keys, and 'Silhouettes' is no different.

Tracks like 'Vacillate' and 'Frissons II' define the duo's growing maturity and musical sensibilities, while the jazz-inspired textures on 'Plasma Pie!' created by Sahil Shah's incredible drumming are reminiscent of Hidden Orchestra.

“We like to think it's our most musically and sonically cohesive album yet,” said Shatrunjai and Sid, and we agree.

Listen to 'Silhouettes' below. You can also pre-order the album here.

Paraphoniks will also be touring India later this month, with Napoleon Gold. The duo will be joined by album collaborators Sahil Shah and Azamaan Hoyvoy for their new live shows. Follow Paraphoniks on Facebook, or Mixtape for further details.