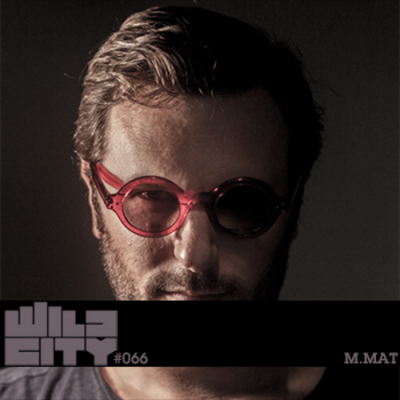 Driven by a relentless passion for electronic music from across the musical spectrum, Mathieu Josso a.k.a M.Mat, has, of recent, become an inimitable stronghold for the Indian house and techno scene.

Leading the underground Mumbai based collective Bhavishyavani Future Soundz, he has over the years headed events across the country with artists such as Laurent Garnier, Mathew Jonson, Chloe, dOP, DJ Koze, Dixon and Cobblestone Jazz - continuously touring some of the most exciting acts ever to have played India to venues across Mumbai - and that's why we like him.

His time as one of the country's movers and shakers actually traces back to the early '00s, but it's his recent role as one of head honcho's and resident DJ's of the BFS collective that has catapulted him to another level. Brandishing him as a musical entity all by himself.

Originally from France - and now spending most of his time in Mumbai, Josso is a regular fixture behind the decks - and if we were to be honest - has been meaning to get us this mix for a very very long time.

Running for just over an hour, it kick starts with Uffe's lovely roller 'When The Sun Rose' - gently pushing into tracks such as 'Magico Disco' from Margot polishing off with likes of Die Vogel's 'Mesmerize', truly showcasing his ability not only as a DJ but as a selector of varied dynamic ranges within a very consistent and playful tempo.

He'll be playing Magnetic Fields Festival alongside long time collaborator Charlee in an festival exclusive B2B format - and we're pretty sure it's going to be a landmark performance, representing everything there is to know about house, disco, techno and electro - both old and new. Well, maybe not. But you get the idea.

"This mix was recorded in one go without touch up as a condensed version of a mix I would do in a longer club night exploring sound around disco, house, techno, electro, old, new, well known and obscure tracks. Probably best heard at an after party." - M.Mat

"Don't really want to give the exact tracklist. Here are the artist's used - people interested can dig a bit ;)"