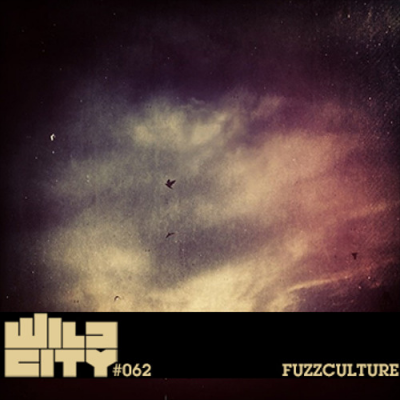 FuzzCulture is a 2-piece electronic music outfit from New Delhi, made up of Arsh Sharma (The Circus) and Srijan Mahajan (Parikrama, Half Step Down and Cyanide).

Evolving from a project that spent over a year and a half in the studio, it has now developed into an accomplished and brutal live act, that provides a fusion of metal, techno and even hip-hop - armed with just 2 figures on stage, determined to prove themselves and their new sound.

Last week, they released their debut EP, 'Indulge.Divulge' as a free download. A exciting and optimistic record it largely earns its stripes by slightly sidestepping familiar footsteps, leaving the listener curious about future sounds from this prolific duo. Rave-goers, club heads, metal fans and electro-junkies alike will be united to the release of 'Indulge.Divulge' and with a sound that's much more in-your-face than a lot of Indian acts, the replay value is favourable.

You know us. In celebration of the release of their EP, we asked the duo to create a mix for us.

#062 in the series, it showcases a definite and creative side to the band, one that is not only original but also willing to experiment with sound design and sampling. With an altogether dark and bitter feel to it, we enjoyed their take on our "do pretty much, whatever you want with it" guideline. And with the EP out, just last week, you can already hear the duo stretching their legs and treading into new areas. We find that exciting. Do be warned however - it's pretty full on and their not trying to hide it.

"The mix is most of the songs from our freshly released EP "Indulge.Divulge" interspersed with pieces which are either sound design experiments or work in progress stems which will probably take a fresh turn and become songs in the coming year." - FuzzCulture