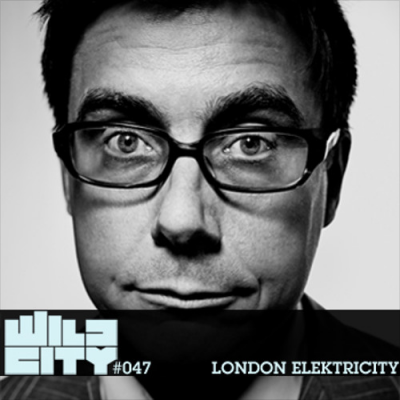 "For those that know him and those that don’t, Tony Colman a.k.a London Elektricity cuts a formidable figure."

Having been involved in the UK's drum and bass scene right from the mid-90s, the co-founder of acclaimed drum and bass label Hospital Records has been instrumental in the development of the genre as we've come to know it today.

Responsible for some of Hospital’s drum and bass anthems, Colman has developed a reputation as both a producer and DJ. With an impressive back catalogue of singles, EPs and 5 solo albums under his belt, London Elektricity is set to make a big impression on India for the first edition of BASS CAMP Festival in the new year.

At the helm of a dance music label identified as having a fresh and unique output, Colman and his co-founders are chargeable for "liquid" drum and bass as most understand it. Responsible for bringing to the forefront artists such as High Contrast, Danny Byrd, Netsky, Logistics and Cyantific, Hospital Records is one of underground dance music's most consistent labels.

Dates for BASS CAMP Festival have been confirmed as 8 and 9 February in blueFROG Mumbai and Delhi respectively. Support acts are still to be announced yet if any of their last few bills are to go by, they should be bursting at the seams.

As a first in our mix series, this is a live recording of a set Colman played at a Hospital Records event in Tokyo last year. MC's and everything. And in all honesty, we couldn't think of anyone better from the international drum and bass scene to start this off for us.

Running through a track every couple of minutes it effortlessly glides between genres and various styles of production as well as 7 of London Elektricty's own creations. Artists such as Logistics, Nu:Tone, Danny Byrd and Netsky all get airplay, even dubstep powerhouse Caspa.