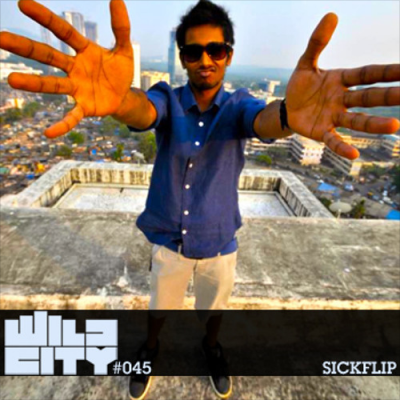 Sickflip is the new solo project from Mumbai based DJ and producer Sarvesh Shrivastava, also a member of bass music collective Mental Martians.

We picked up on this young producer as he released his debut EP in collaboration with Rohaan Talsania, otherwise known as RT (on guitar). A healthy introduction to a new generation of Indian bass music producers, it sucessfully combined the warm, melodic and soulful guitar work of RT with Shrivastava’s futuristic breakdowns and fusion of face-melting bass.

With musical influences ranging from genres such as glitch hop, drumstep and dubstep from the likes of Bassnectar, Koan Sound, Skrillex, Trolley Snatcha, Funtcase, Amon Tobin and Noisia, Shrivastava, is a fiery young producer from whom over the coming years we expect to hear a lot more.

It took only one play of the EP to make us realise that we need to source a Wild City mix from Shrivastava. And boy did he deliver.

Kicking off with the sounds of Haywyre is gradually builds to include the likes of recent Bass Camp headliner Koan Sound as well as Opiuo and a variety of his own production including a remix of Skrillex and Damien Marley's 'Make It Bun Dem'.

It's one way to start your week.