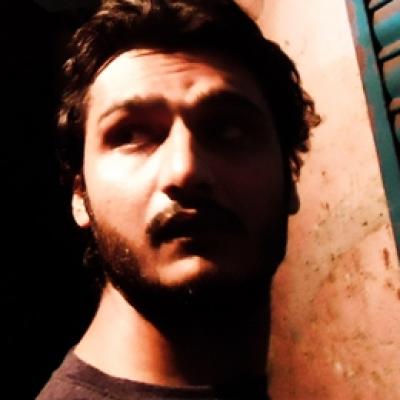 Apurva Chavda a.k.a ApurvA is a Mumbai based drum and bass producer/DJ.

To date, he has released two original tracks. His very first release, Home was part of the ""Nomads In Sound. 03"" compilation on Meerkat Recordings. His other was a collaboration with Nuphlo, alongside Osmani Soundz and Ges-e. Both tracks were released earlier this year by the same Swedish label (Meerkat).

His first forays into the world of music production actually came from a remix for the soundtrack of Everywhere Nowhere, a drama centered on a British-Asian teenager torn between honoring his family traditions and his love for DJ'ing. The film, now available on DVD, also features music from the likes of The Prodigy, Engine Earz, Redlight, Zinc, Sukh Knight, Sub Focus, Roots Manuva, Toddla T, Nerm and D-Code.

His Wild City mix is an atmospheric and punchy affair, drawing on productions from the likes of Photek, Marcus Intalex, Breakage and Nymfo. Although a mix of various styles of drum and bass, it has been layered and cramped into AvurvA's sound world and in all honesty sounds all the more thrilling for it. We suggest you download it, turn it up and bounce.

"Two weeks before Zenzi (Mumbai) shutdown, I was lucky enough to have the chance to play there. It was my first and last gig at the venue. This mix is almost identical to the one I played there and so holds a very special place in my heart. A blend of oldskool, intelligent, dark and jungle all with a touch of Indian electronica." - ApurvA