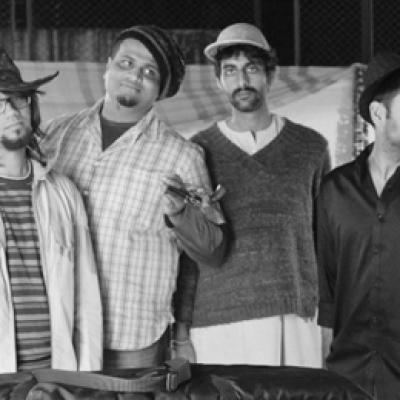 Initially started as a solo project by front-man Suryakant Sawhney, Peter Cat Recording Co. otherwise known as pcrc is a New Delhi based band that formed in 2010 and is currently made up of 4 members.

""The type of music we play is open to discussion (...) Our style ranges from gypsy jazz to ballroom waltz, midnight moonlight and car chase music (think Don). The sound is heavily inspired by 60s/70s Bollywood music, which was in turn inspired by American music of the 50s, such as big band music and soul. Lyrically, we choose to write about prostitutes, deception, android artists and about films coming to life.""

The gypsy-like free spirits in pcrc express a laidback sound. An incredibly talented group of musicians headed by an extremely potent songwriter. A band that through this process has shown a real passion for discovering new music as well as a blatant disregard for putting themselves in any sort of box. We don't exactly know where this band is going to take us over the coming years. And that is exciting.

This 40 minute mix showcases their broad taste in music and takes on music from Sam Cooke, The Beach Boys, Velvet Underground and even a piano concerto. Currently in the process of writing a full length LP to follow up their debut release Sinema (hear in full below), the band are hoping to have something ready for March 2012.

To keep you going till then, pcrc recently released a short record consisting of old demos, laptop recordings and experiments named Wall Of Want. You can hear it in its entirety here

For more from pcrc you can listen to their debut LP in full below: