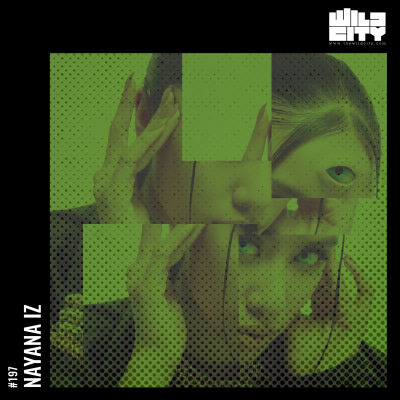 Punjab and Manipur-origin North Londoner Nayana IZ’s (pronounced “eyes”, after her first name which means eyes in Hindi) trajectory as a solo artist has been nothing short of meteoric. Releasing her debut single ‘how we do’ just at the turn of the year, the rapper, model and multi-instrumentalist dropped a steady drip of singles running up to her EP ‘Smoke & Fly’ and has already found her verses resounded within campaigns for Adidas and soundtrack for FIFA 2021. The driving force behind it all has been the one fresh unique spice that she adds to her deep-seated love for hip-hop.

Take for instance, her single ‘how we do’ with its the off-kilter psychedelic breakdown punctuating the spitfire verses, or her Wild City mix which traces a wide variety of modern hip-hop before diverging into its offshoot dance styles and then bringing it back.

Brushing by Nigerian artist Odunsi’s track ‘Body Count’, Nayana explores the sonics of the likes of Freddie Gibbs and Lupe Fiasco before bringing the mix to her current base, throwing works like a morphed grime track by Blay Vision and the pumping hip-hop of Biig Piig, Nayana’s collective-mate at Nine 8. The second half of the mix ventures out into hints of breakbeat, indie guitar works of Vassers’ ‘Valerians’ and the dancefloor rhythms of Wilfred Giroux’s ‘Stronger’ before concluding it all with her track ‘WOT’. The complete journey offers a great attempt of presenting a comprehensive view of hip-hop as it stands right now without relying too much on the obvious player but rather the envelope-pushing non-radicals. Without ever leaving the draw of the genre, Nayana keeps things interesting by gradually evolving the sonics and intermittently cleansing the palette with something totally unexpected.

“This mix contains songs from my early teens that developed the love I have for the music I make today. This one’s for my sisters. Healing sounds for the soul. Listen in your room and have a party by yourself.” – Nayana IZ

Listen to Nayana IZ’s Wild City mix below and head to her Facebook for more information.