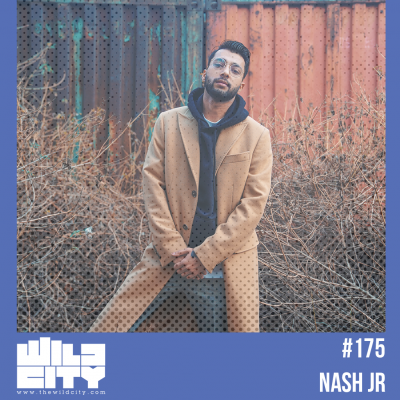 Spinning records since the age of 15, New Delhi-based DJ Nash JR is adept at weaving together seamless sets traversing through a variety of genres. He utilises the expertise efficiently in his latest mix for Wild City, which sees the bass-head branch out from his trademark sound.

After kicking things off with the contemporary sounds of Waffles and Tom Misch, Nash introduces world fusion elements with Fun Da’ Mental’s ‘Back To Basix’ before localising things with the Bollywood samples of ‘Party’ by J Rocc. The set features a notable spontaneity in its mixing as Nash jumps from the techno rhythms of Pearson Sound’s ‘XLB’ to the breakbeats of Pangaea’s ‘Bone Sucka’ – connecting the multitude of styles with a rhythmic narrative. The merit of the mix lies in the fact that the constant switch between genres never jumps out, unless you are deliberately trying to split the selections into categories.

“Diving deep into the unexplored sounds of breakbeat, techno and UK garage, this mix is an effort of combining all the underground music together.” - Nash JR