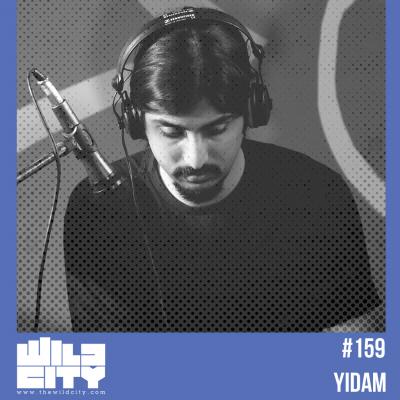 Wild City's 159th mix might be the most cohesive one yet. It sounds less like a mix than the soundtrack to an imaginary, otherwise silent sci-fi film. In many ways, it's like an aural film on its own, a sonic journey with a thrilling, intriguing narrative directed by Varun Desai aka Yidam.

The Kolkata-based artist, who makes different kinds of music under multiple monikers – 5Volts, Yidam and VvvvV – achieves a transcendental quality with this seamless mix, melting one track into another without revealing the slightest clue. Were this not explicitly defined as a mix, with a tracklist, it might beguile you into thinking it's a single track, or a singular concept album.

Yidam effortlessly (so it seems, though we reckon it comes from careful, precise deliberation and effort) stitches together an interstellar soundtrack, using his own, original tracks and borrowing from ambient music stalwarts like Mat Jarvis' High Skies, Ash Ra Tempel, and the cult ambient classics, The Orb.

To even call this mix a soundtrack is unfair, for that implies a reliance on complementary material to create a whole experience. Yidam's storytelling, however, is so visual and cinematic, that all you need to do is close your eyes, phase out for an hour, and let the rich narrative, the drama and the dreamstates of the cosmos consume you and take you to the outer reaches of the universe and your mind.

“This mix is a dedication to Berlin school music and outer space exploration with tracks dating back to 1975. It's been created with the intention of storytelling, depicting a journey of a star-ship from Earth travelling into the great unknown. This is also a tribute to the artists that have shaped my music and one that I feel is most true to myself.” - Varun Desai

Listen to Yidam's mix below: