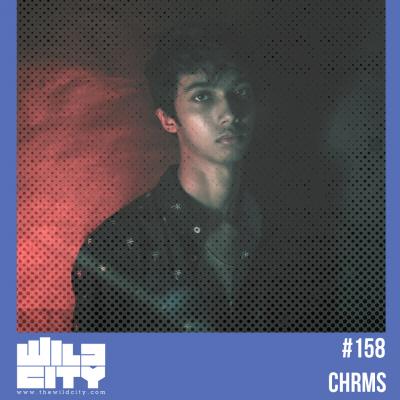 People really like to throw around the phase “age is just a number”. It is just a number, but when it comes to Veer Kowli, it's nearly impossible to ignore, for he's all of 17 years old.

The Mumbai-based teenager, who's still in 11th grade (this may be a cue for the rest of us to give our own lives a long, hard look), has already dabbled in design and film. Most impressive and renowned, however, is his musical alter-ego Chrms.

As Chrms, the young electronic producer makes feel-good, RnB inspired tracks with ambient and future bass influences, including conspicuous traces of producers who have inspired him - names such as Flume, Mr Carmack and Odesza. What's more, the high-schooler – who apparently started producing when he was just 9 – already has an extensive discography that includes over 23 tracks.

Chrms' mix for Wild City can best be summarised as an hour-long introduction to the unpretentious, enthusiastic persona of the producer and a comprehensive look into the musical space he aspires to occupy.

Jam-packed with his favourite producers – literally, with 34 tracks – this chill or energetic mix (depending on your mood) tiptoes around electronic, future bass, mellow trap and bouncy tunes. Featuring tracks by the likes of Flume, Jon Casey, Disclosure and Zhu, we reckon it's a great way to kick off the weekend.

“This mix is a 1 hour long representation of my sound and vibe. It contains tracks made by friends and some by artists I've been listening to for a while. I had so much fun recording it, and I hope you jam to it as well.” - Chrms