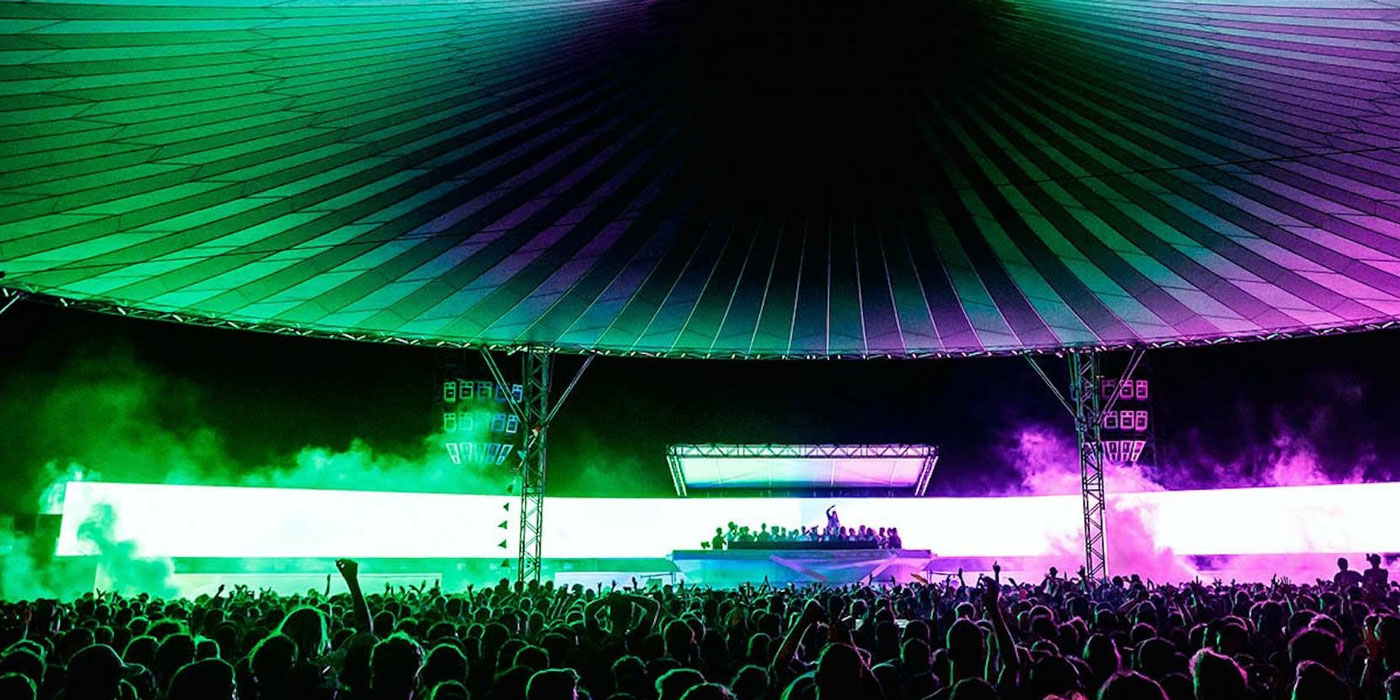 Cycling towards Amsterdam Bos, the impressive woodland surrounding the city and spanning over 1000 hectares - we were flooded with excitement...

There’s clearly a reason why Dekmantel has become a mecca for so many across the world – loyal to their unique brand of events and festivals. In our third visit to the event, we thought we’d take a more in-depth look at what worked and what didn’t at arguably one the fastest rising festivals on the planet.

Music: The leading element at any festival and like any other – there was a vast amount of outstanding music on offer through the course of the 3-day event.

Scattered across six stages (Main, Selectors, Greenhouse, UFO, Boiler Room and Redlight Radio), each represented their own sound and vibe. Artists were programmed based on which stage would best support their output.

Whilst the quality of acts never failed to impress the output definitely came with its surprises. Giving precedence to the opening slots in the same way some festivals would closing, the likes of Nina Kraviz, Marcel Dettmann and Motor City Drum Ensemble all opened on the Selectors stage - one of the most popular stages and certainly my favourite at the festival. Their presence so early on in the day set the tone and precedence for artists to follow as well as setting the bar for punters - expecting only the best from every artist performing.

In the spirit of everything Dekmantel, artists across all stages did exactly that.

Not only bringing their ‘A game’ but selections no doubt put aside for that weekend only. Sets full of classics, what should have been classics and unearthed gems, filled the record bags of artists across site. From the ferocity of DJ Nobu, Rødhåd, BEN UFO and Blawan to the diversity of GE-OLOGY B2B Red Greg, Jameszoo and Young Marco as well as wide ranging selections from the likes of Jayda G, Joy Orbison B2B Jon K, Palms Trax, and even Larry Heard (live). It was all on offer. And all ‘on point’.

Size: Greeted by the incredibly bold Main stage on view from the gates, the first thing you notice is the festival’s size. Although spread out over six stages, (and notably with very clever angles used on Boiler Room’s stream for those who’ve been viewing from home) the festival definitely seems larger than it is.

With Dekmantel increasing its capacity and selling out weeks before doors opening – a reminder of its growing popularity - we were anticipating squashed stages and long queues for refreshments.

The festival’s minimal and clinical layout favored the most practical elements: stages, bars and toilets.

Venue: Although hard to reach, Dekmantel’s grounds are pretty spectacular. Situated deep within one of Europe’s largest parks on the outskirts of the city – the venue had both wide clear lawns as well as wooded areas - complete with overhanging trees above both the Selectors and Boiler Room stage. If not on a cycle (the preferred method of travel) public transport wasn’t that simple – but totally worth it in the end.

Crowd: Probably one of the best things about Dekmantel.

In its five years, Dekmantel Festival has established itself as a key weekend for informed ravers, heads and music lovers. Although still very focused on house, techno and disco, this year its doors opened to more genres and collaborations however never straying too far from the tastes of its crowd. Diversifying the content – yet not so much the crowd. Attending from all over Europe, punters brought a happy and fun mindset – letting loose without ever forgetting who you plan to see next on the timetable.

There honestly isn’t much to fault. But we’ll point the finger at a few things:

After parties: We’re not quite sure if this is a good or a bad thing – but each after party seemed a fair bit away from the festival site (especially if cycling). Something that goes later closer to the venue, if possible, would be well appreciated by punters – even if they’re smaller ‘off’ events in clubs along the route back to the city.

Not making these events did mean an early start for a day on the festival site. So not all was lost.

Closer food options: Again, there’s a plus side to this.

While the food was tucked away in the back corner of the site, offering a respite from the throbbing music in the main part of the festival – it also meant that we pretty much didn’t eat all weekend. But hey – we weren’t there to eat.

Timings: Not that it’s in the hands of the organisers – but if the festival could go an extra couple hours – it could really solidify the festival as one of the best in the world. With the amount of incredible music on offer over the last few hours of each day, 11pm does feel a bit early. Time goes quickly and before you know it faders are down and a long cycle home awaits you. Does this mean a new venue? Probably. Is it worth it in that case? Probably not.

In any case – it seems you haven’t really changed Dekmantel. There will no doubt be pressure to expand year on year. Please don’t. We’ll be back next year – and love you the way you are.