Review: Whale In The Pond Conceal Grief Within Jubilation On ‘Dofon’ 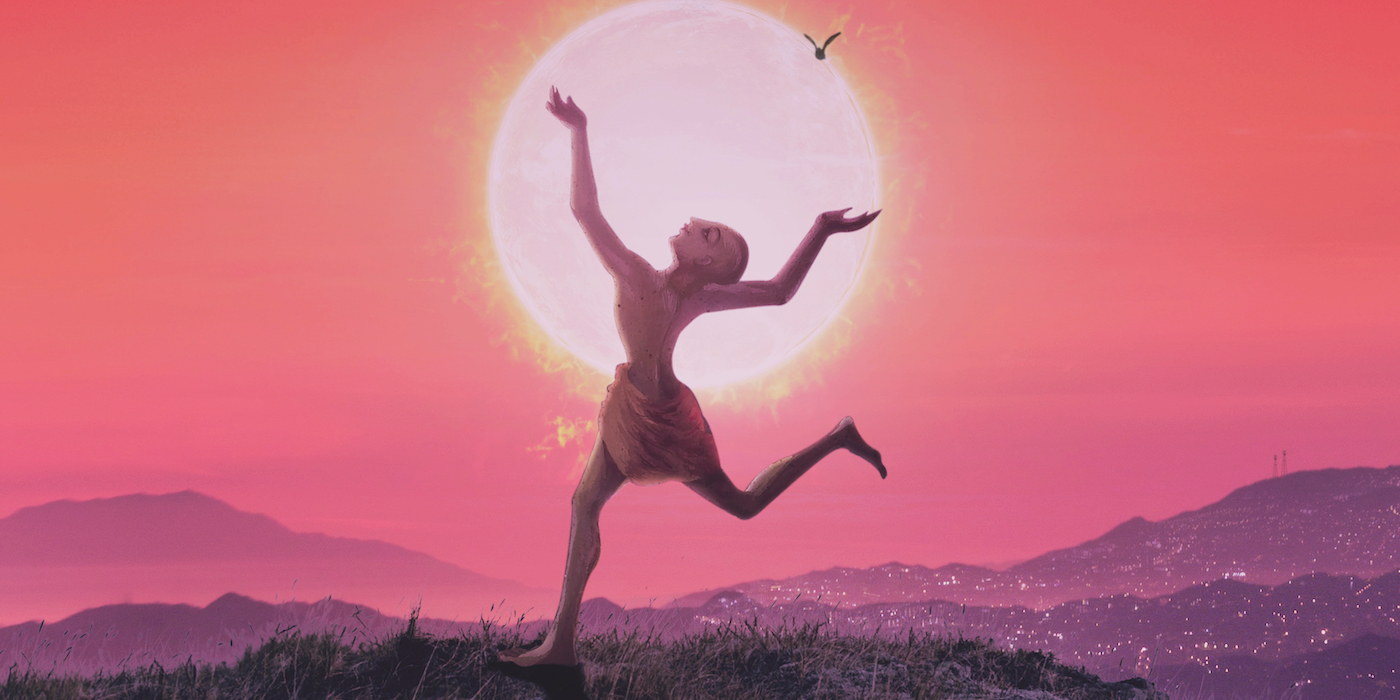 “You’d be forgiven for mistaking this sunset as a thing of beauty; it’s anything but. Our kind doesn’t really deserve an ending like this, not after all we’ve done.”

The accusatory statement that accompanies Kolkata-based group Whale In The Pond’s sophomore concept album ‘Dofon’ sounds ominous. Is it a comment on how we are consoling ourselves with the positive offshoots of the ensuing deadly pandemic and its associated lockdowns: the reports of nature healing and the world slowing down to rethink its everyday grind? Is it a reminder that we shouldn’t mistake these days as anything but the beginning signs of a slow extinction? But then, the album was released before the Coronavirus outbreak became a global headline; its songs conceived before the recent sit-ins by citizens to protect the constitutional values against their own government; before the recent pogrom which masqueraded as “communal riot”; before defense personnels allegedly turned against the people they were supposed to protect; before half a continent caught on fire. Yet, it all finds a reflection on ‘Dofon’, although revealing itself only to the keen listener actively paying attention to the layers of meaning in the 6-track release.

You’d be forgiven for mistaking this record as a joyous and chirpy offering. That is what the album impresses itself to be on the first listen or any endless amount of passive listening, through its most inviting melodies and a rich medley of timbres, owing to the penchant that members Sourjyo Sinha, Shireen Ghosh, Deep Phoenix and Sagnik Samaddar have for playing just about any instrument they can get their hands on. However, sit with the lyrics a while, listening intently and actively, and ‘Dofon’ will reveal itself to be a collection of laments, reminscences, and grievances.

It helps to have translations to the two Bengali tracks on the album at hand – the two most poetically poignant numbers. The chorus that soars distantly, high and low on ‘Aaij Bhagle Kalke Amra Nai’, amidst the verses which describe everyday life in Kolkata, might inspire a feeling of joyous liberation, but actually translates to: “They come here to scare us with the sound of their guns / My blood freezes, but I won’t lose my identity / And I won’t let them take it from me. If we run today, we won’t be here tomorrow.” It’s about the liberation you might feel at finding the courage to risk everything in order to confront the threat of having your normal life taken from you.

This marriage of rejoicing and destruction forms the core of the album’s creation, the common thread that connects its dynamic tracks, which can only be clubbed under blanket labels like “indie” or ornate terms like “dream folk”.

The central figure on the album’s cover is taken right off a painting Samaddar inherited from his grandmother, which depicts a man dancing in madness right before drowning himself. Even the album title is inspired from a message in a bottle that Deep Phoenix once found on a beach in Gopalpur. “The place is known for rough seas and we found a message in a bottle. I don’t remember the details of the bottle but the only thing the message said, written in pencil: ‘Amake pele doya kore dofon diye debe (If you find me please bury me)’,” told Deep Phoenix to Telegraph India. There is poignancy and a sense of loss in each aspect of the album.

It is this sense of loss that Whale In The Pond keeps as the central theme in all their lyrics: veiling it behind a hope for a loving and peaceful future amidst the time of dismay on ‘The Night’s End’, presenting it as mourning for the loss of a loved one on ‘Where Is Your Heart?’, and echoing it in the haunting cries of a ghost asking to have its body buried on the title track.

Rather than being overtly political and factually direct, Whale In The Pond focuses on the emotions, the sense of loss, the sense of danger, the sense of resilient hope, and survival that underlies all environmental catastrophes, political upheavals and battles for justice – lending their songs the evergreen quality that permeates folk music and allowing them to be related to struggles from the past, present and future.

To augment its universality, the band squeezes in a surprising amount of influences and rich elements on the album, sneaking in a four on the floor beat from behind a latin rhythm on ‘Nova’, conjuring flute lines and jubilant la-las to sit atop chiming acoustic guitars like on the psychedelic-folk records of American 60s on ‘The Night’s End’, incorporating flamenco on ‘Where Is Your Heart?’ and throwing in a bunch of musical easter eggs – from morse code messages to knocks allegedly made by the spirit of Deep Phoenix’s late grandfather. There are enough musical treats on ‘Dofon’ to ignore the onerousness of its narrative. The album readily offers you both: poignant grief in its lyrics and a sonic retreat to bear it with, and you can choose to focus on either. As the band puts it: “You’d be forgiven for mistaking this sunset as a thing of beauty.”

Whale In The Pond