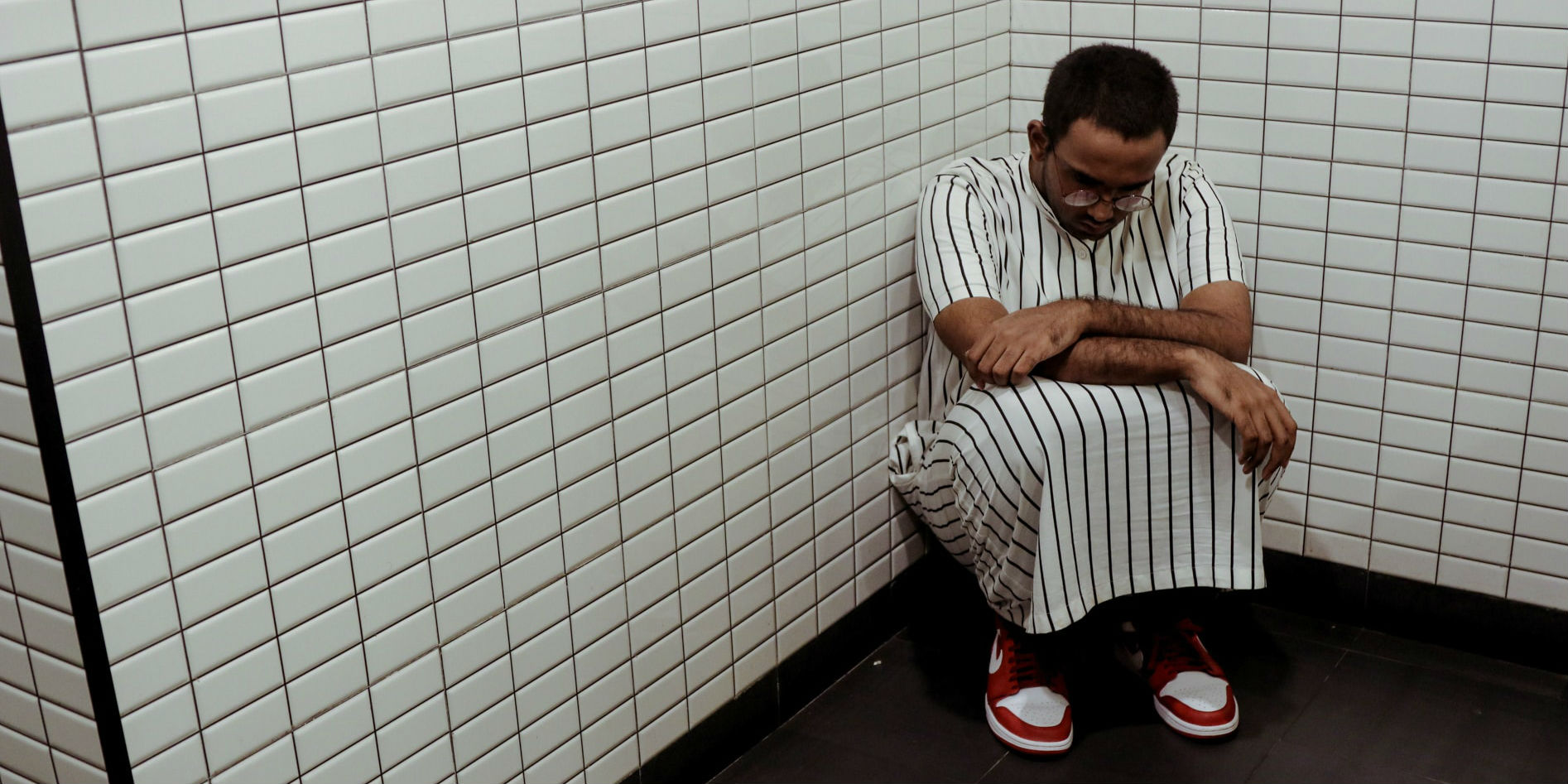 The term autobiography or memoir is typically anointed to works that encompass one's narrative past. Prabh Deep's 'Class-Sikh', for example, contextually framed the rapper's coming-of-age in the trauma-ridden, drug-addled streets of West Delhi's Tilak Nagar. It wouldn't be fair, thus, to dub 'O' as being autobiographical – it contains no direct references to Tienas' personal life or past, and doesn't offer much insight to his person. What it does surmise is his musical background, by compiling a sonic memoir of his influences and his inspiration; and perhaps that's what makes the album so incredibly personal and diverse.

Imagine trying to condense all your inspiration and your favourite artists into a single project. It might seem impossible, or at the very least a daunting task of unmatched proportions, but Tanmay Saxena (aka Tienas) makes it look effortless on this LP, on which he nods to veterans like Nujabes, Eminem, Kanye West, Kendrick Lamar, Wu Tang Clan... the list goes on. That's not to say Tienas' sound isn't original.

Tienas offers a refreshing aural aesthetic on his debut album, a welcome change from the largely repetitive and homogeneous hip-hop landscape of the country. His production is marked primarily by lush, melodic textures and downtempo, introspective beats, relying heavily on auto-tuned vocals, fuzzy synths and deft samples. It's gratifying to finally come across a quality homegrown record we can club as alternative hip-hop – though some of the tracks (particularly 'Cyclone' and 'Dangerous') could best be deemed as alternative pop.

It's just that there are moments when the record seems to lack restraint, with a propensity to meander as if its creator were possessed by multiple personalities. That isn't necessarily a bad thing, but it's a fine line to walk, one that Tienas navigates largely with balance and confidence.

Comprising 13 tracks – which amount to a playback of about 45 minutes – 'O' is a tall offering, and quite the earful at that. The landscape of the record is constantly shifting, and there's a reliable miscellany of textures, themes, and moods on offer; each track brings something new to the fore. It's exciting to be faced with such sonic simulation and anticipation, especially from a hip-hop scene that is running rather stale. But there's two sides to each coin, and listening to 'O' at a single stretch feels a bit like going on a mellow, fuzzy bender – your neurons might be fired up and galvanised, and you'll have a great time, but by the end of it you'll be drained, exhausted. A variety of moods is welcome on any record, and Tienas ensures there's a fair assemblage of diverse sonic palettes. What's lacking is space to breathe and ruminate, snatches of respite from the constant barrage of vocals and beats; even the interludes are laden with textures and his vocals. There is finally some relief in the minimal topography of 'Of Queens & Kings Approximately' and 'Lanos (Reprise)', but only after 30 minutes of strenuous playback. Perhaps introducing those tracks, or even the abrasive (and very welcome) noise-rap of 'Nice Guy', earlier on in the record might have benefited it, or even doing away with a track or two. Keep in mind, this criticism is directed specifically at the album as a singular entity – it's mostly easy sailing for Tienas when you start to look at individual tracks.

There are few who know, and almost none who would deduce from his work, that Tienas used to stammer. Granted, it's his production that's the real highlight of this album – especially on tracks like the Nujabes-inspired '10-18', the mini beat-tape on 'FTS Outro', and 'Peace of Mind' – but credit is due to his vocal skills, the full spectrum of which are vulnerably laid out on display on 'O'. His flow is inventive, to an extent that his style fluctuates ever so slightly to complement each track, and understated, never once attempting to dominate the music. I guess that's the advantage of being a rapper/singer who also produces his own music – all the elements, from the production to the complex narratives he weaves in the lyrics, and his delivery, move in harmony with each other, one never outshining or outdoing the other; designed not to simply fill in the gaps but in synchronicity, as equals. Surprisingly, the same can be said for the collaborations, which feature Azadi Records fam Seedhe Maut, Sez on the Beat, and Prabh Deep, as well as Quest and, most memorably, FTS (a hip-hop collective that includes Tienas).

From where I'm looking, it looks like 'O' is going to end up in several 'Top Releases Of The Year' lists for 2019, a spot that is well-deserved and hard-earned. “Die, die, die, die Romeo” might (unfortunately) get stuck on a loop in your head for a few days (or weeks), and you might have to suffer through a few moments deliberating on the elusive 'O' and wondering what that and the artwork really mean. But for the refreshing change that Tienas has introduced to the country's hip-hop and pop landscape, for his blatant disregard for local trends, and for his unabashed determination to simply do what he wants, it's all worth it.

Listen to 'O' below. You can find links to alternative streaming platforms here.