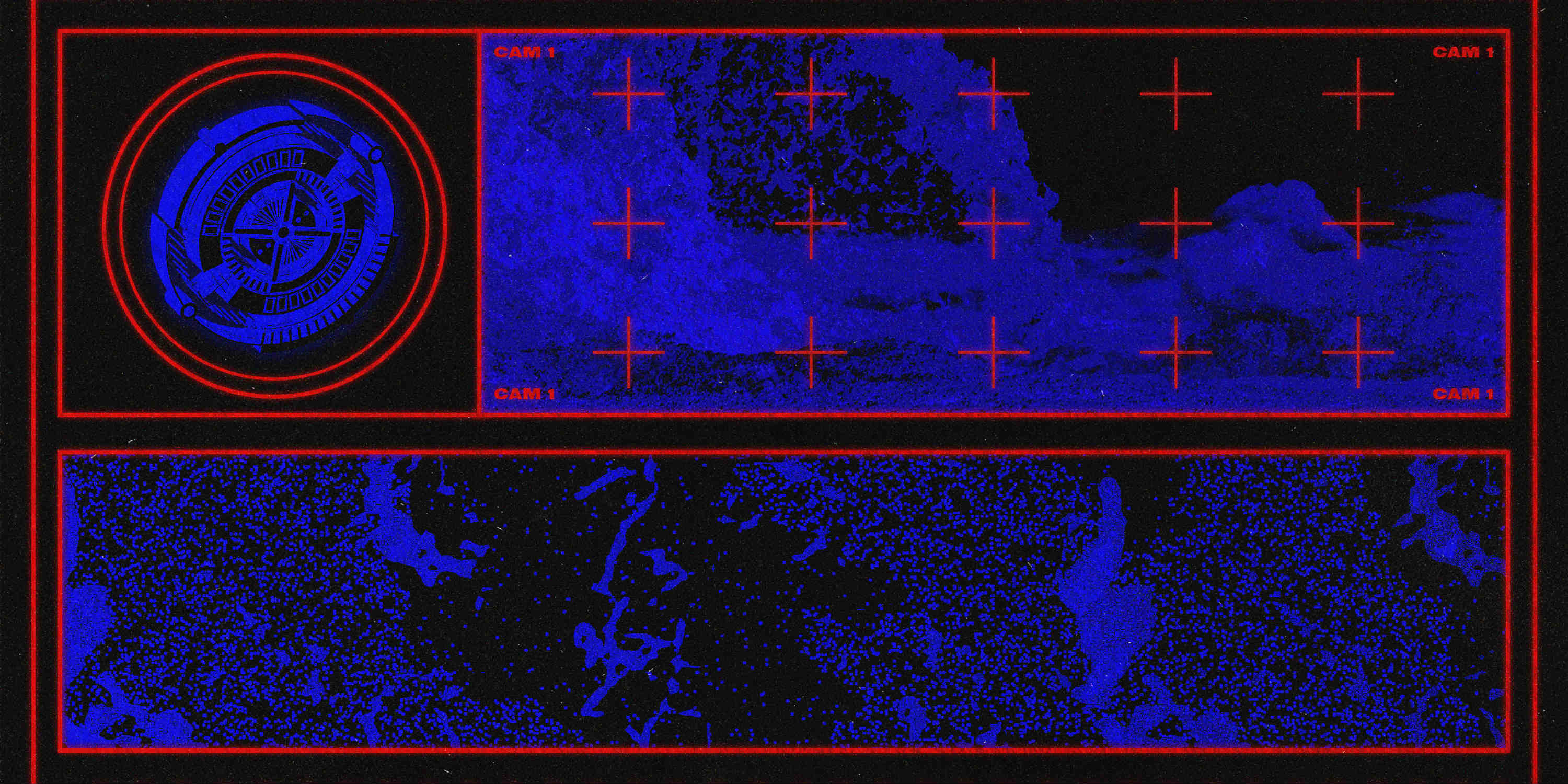 Looking at the developments in technology, robotics and Artificial Intelligence in recent years – and the fact that we now have a humanoid citizen in Saudi Arabia – it doesn't seem much of a stretch to assume that one day, one of these robots might gain sentience (picture the scenario from sci-fi TV series Westworld).

If and when the moment comes, we'll be ready and waiting with Karv's debut album 'Half:2' close at hand to provide the soundtrack to the occasion. Because that's what 'Half:2' sounds like, like a robot developing sentience. And before you jump to conclusions and presume that the record is filled with glitchy, robotic, machine-like sounds, let me stop you.

'Half:2' is layered with dark, industrial, drone sounds, many of which conjure images of the future or outer space. But the soul of the album lies in the depth of its emotions, the shimmers of hope that trickle through its bleakness, and the storytelling in each track, stitched together to form one whole narrative. And credit for that belongs entirely to the meticulous production by Karv, aka Ankit Chugh, a New Delhi-based producer and co-founder of record label and artist management company TAABIIR.

Part of the storytelling can be attributed to the pace of the album – it starts slow, deliberate. The static noises on 'Other Side' immediately incite intrigue, while the atmospheric synths on the title track draw the listeners into an engaging ambience, with the drums serenading a call to action. 'Rubber' marks a crucial moment in the album: the delicate percussive elements maintain a steady momentum, while chaos gently unfolds – in the defining screech of the synth, in the cascading ambience, the oscillating urgency. It's like watching a simmering pot come to a boil, only to simmer down again.

Chugh was admittedly grappling with the onslaught of inner turmoil when it came to 'Half:2', riddled with apprehensions – “after all, how do you share your personal space... without voluntarily putting it up for slaughter?” – yet yearning for carefree expression. He wrote in the album description, “Exactly half of me wanted to be heard, cherished, massacred – immortalised. That's what 'Half:2' is all about. Endless conflicts, multiple crossroads and finally, acceptance."

The reluctant acceptance is gaugeable in the album, resplendent in the slow-moving poignance and the romanticism in 'Mirror'. You can almost taste the pain, the dread, and the deliverance of an important decision being made, at once both paralysing and freeing. 'Mirror' also introduces a sharp curve in the record, redirecting the sonic aesthetic to brighter elements and a quicker pace, as if freedom (and sentience) has been found.

Listened to independently, or not in the correct order, the following track 'Locke' might seem to come out of nowhere – a dance-worthy track, with a steady, driven beat that would easily work in clubs seems at odds with the abstract, ambient soundscapes of the first half of the album. But a wise woman once wrote, “Nothing changes instantaneously: in a gradually heating bathtub you'd be boiled to death before you knew it.” And this, is where Karv excels again – the change of pace is deceptively gradual, yet gratifying. It's like taking a look back at your life, and being dawned with the realisation of how much you and everything around you has changed.

Perhaps that's what Chugh hoped to convey through the album. He attributes the record to a quarter life crisis, a time when life pulled him in four different directions. The album was a result of the dilemma, and an answer to it: “I curated 'Half:2' to satiate my desire for solitude,” he wrote. And in the delicate, shattering beauty of 'Fragile', in the soothing, melodic ambience in ‘Shelter’, in that moment of stillness (before the storm) perhaps Chugh found what he sought – 'Crack', the final track of the LP (and its finest).

This is where Karv really blooms and expresses his reserved potential. “['Crack'] comes at the end of the album, symbolising hope in the midst of all despair and capturing my resolve to burn bridges and walk towards clarity,” wrote Karv. And so, from the ashes of abstract soundscapes, off the trails of ambient electronica, the record makes a drastic turn towards mellow, soulful jazz, making for a brilliant conclusion to an engaging, introspective album, which made me think: perhaps, it wasn't the robot that gained sentience.