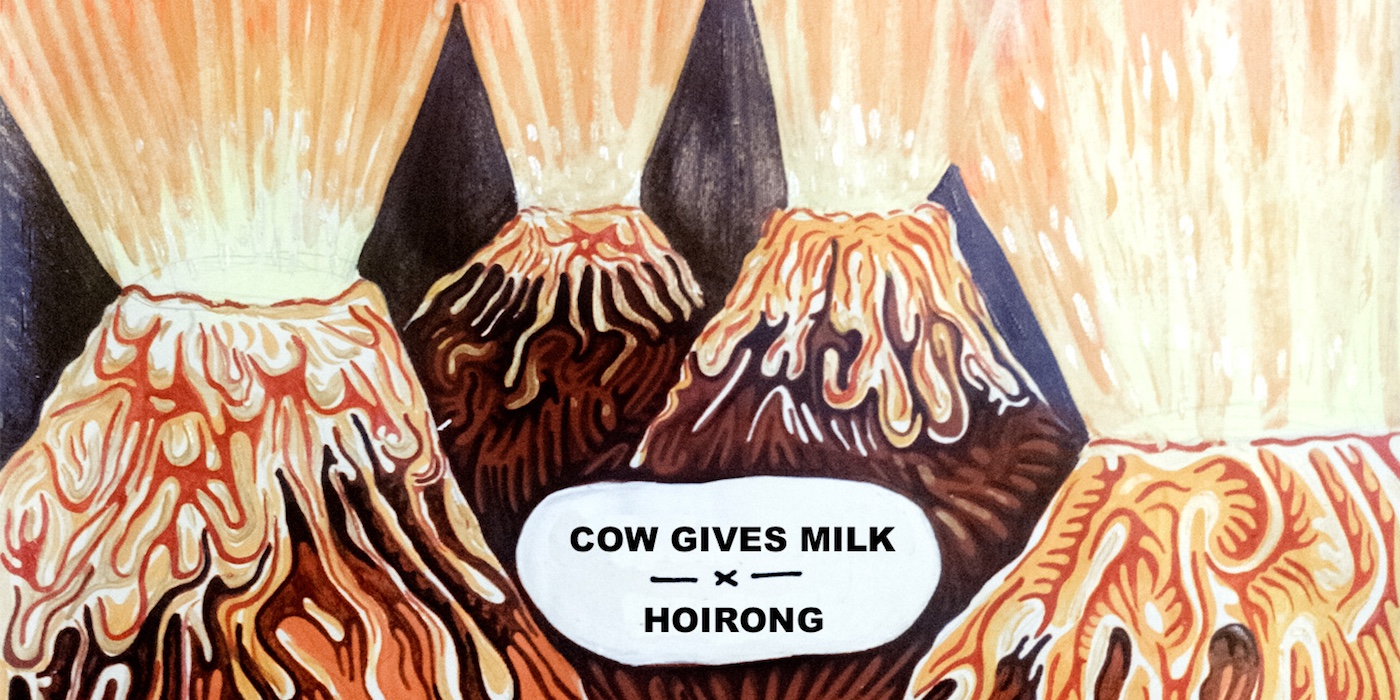 Hoirong is perhaps the only band that can cite memes as their creative stimulus and get away with it. From calling journalist Arnab Goswami as their mentor and the ‘pioneer of noise in India’, to promoting themselves with intentionally poorly photoshopped pictures of the band members in inflatable cow suits, tongue-in-cheek humour has been the prime feature that has come to define this New Delhi alt-rock band and its cult-like following.

Almost hand-in-hand with the meme culture that has grown more ‘dank’, abstract and darker over the recent years, Hoirong - with their latest album ‘Cow Gives Milk’ - has added a brooding nature to their lyrically piss-taking 90s garage-rock sound. Adding a raw edge to the record, Hoirong has amped up the ‘lo-fi’ nature of their music with their characteristically rough production and vocals.

With ‘Cow Gives Milk’, Hoirong has evolved rather than metamorphosed. Still based around guitar-heavy riffs, the songs are heavier in timbre but lower in intensity as compared to the band’s previous releases. Forgoing the disco-influences of ‘Dandaniya Apradh’ and the polished nature of ‘Mwah’, ‘Cow Gives Milk’ showcases Hoirong more as a purist rock band with bare guitars, bass and drums jamming along to a backbeat - best exemplified in tracks like ‘Opportunity’ and ‘CC’. The bulk of the digital treatment is focussed on frontman Kamal Singh’s noticeably obscured vocals.

As the release’s only exception, Hoirong puts aside all of the above qualities for unison vocals and chiming guitars over tribal floor tom rhythms in ‘Limbo’ - delivering the album’s standout track and perhaps one of the catchier releases from the genre in recent years. For someone unimpressed by the band’s newer laidback avatar, ‘Vastu Shastra’ and album opener ‘Bomba’ offer the familiar head-bobbing fast tempos that could have easily found a place on the band’s 2016 release ‘Mwah’.

Aside from the humour and the heavy garage-rock, the other defining and much-talked about character of Hoirong is the irreverence that they extend even to themselves and the environment they exist in. Whilst the “band image” has almost become a cliché in the rock community, Hoirong approach everything, even themselves, with a refreshing lack of seriousness. The quality bleeds into everything they do; and if the album title wasn’t enough of a give away, the songs in ‘Cow Gives Milk’ are no exception.

Take for instance the album’s most morose track ‘Nagraj Will Sort It All Out’. The band features three beautifully profound lines in its chorus: “But my intestine is a dying rotten cobra, coiled around my fear and truth / But my intestine is a shiny rotten cobra”. While it’s natural to expect a befittingly impactful fourth line to close the chorus, the band leaves us with “Do bee do bee do ba do”. What’s commendable is that, instead of seeming lazy, moves like this appear genuine and in line with the overall identity of the band.

After the political satire in ‘Dandhaniya Apradh’ and the “pop” nature of ‘Mwah’, the darker and brooding ‘Cow Gives Milk’ feels like the rightful step in Hoirong’s evolution. The album was released on Apple Music on April 12 ahead of its release across other streaming platforms on April 26.

Listen to 'Cow Gives Milk' below: