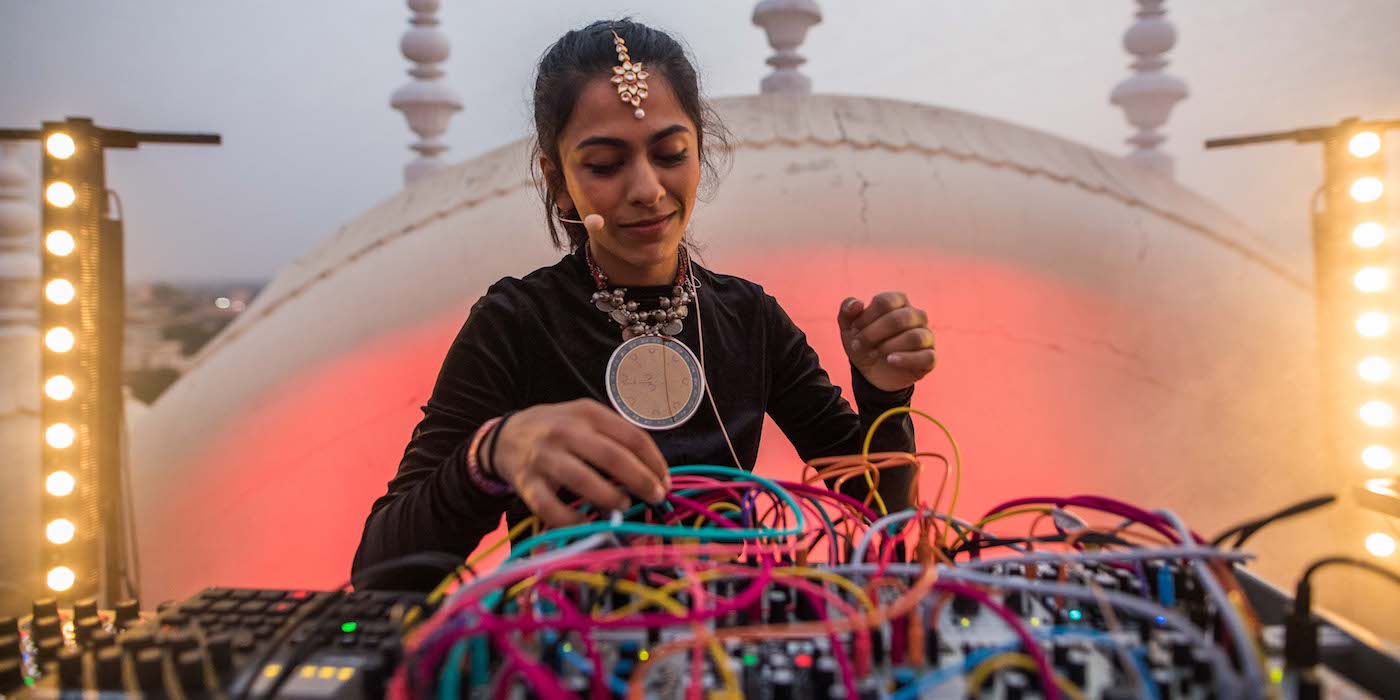 In the last week of February, North East Delhi was witness to horrific violence that claimed the lives of at least 47 people and saw hundreds of people being severely injured, or rendered homeless. There were also multiple households, shops, schools and religious establishments that were set ablaze and/or vandalised.

Ever since, multiple organisations, student groups, NGOs and individuals have been working around the clock trying to raise funds and supplies to help the families and individuals that were affected.

Thousands of miles away, sound architect, Hindustani classical singer and synthesist Arushi Jain has taken it upon herself to aid the victims of the violence, with a dark, ambient and experimental electronic reinterpretation of the much-loved protest song ‘We Shall Overcome’.

Jain had started working on the song back in December 2019, when she was in India – around the time the protests first started against the Citizenship Amendment Act and proposed nation-wide National Register of Citizens in December 2019. “'Hum Honge Kaamiyab (We Shall Overcome)' seemed appropriate – it's about solidarity, peace, brotherhood and love, all the qualities we need to remind ourselves of as a country right now,” she tells me over email.

However, she only ended up completing the track last week. She tells me: “When the riots started this past week, I woke up to bloody videos and so much sadness; I spent those few days just watching it all unfold from afar, in horror. I couldn't work. I'm from Delhi so watching this happen in your hometown from so far away is really, really hard. Not knowing how to help, I was rather paralysed, and so were many others around me – my friends, my workmates... we were all in pain but no one knew what to do. I took it upon myself to just keep posting news about everything and ensuring that at least my audience was aware and educated about what was going on – it was all I could really do.”

In response to her social media posts, Jain received messages from people all over the world, many astonished because the only news they'd seen was of Donald Trump visiting India; some, instead, chose to troll her, calling her names like “Congress worm” and accusing her of spreading fake news.

“I finally had to put away my phone… and being a bit removed from everything gave me some clarity. I decided to finish the song I had started – it turned out to be very healing for me. I realised I could lift up all those around me who were feeling the same pain I was feeling, and also remind them that we've been here before and that we'll make it out if we persevere.”

As of March 2, at the time of writing, Jain has managed to raise $1000, just with the help of her personal and artist network. “It's not much, but it's a good start,” she tells me, explaining that about half the proceeds are from the Bandcamp link, while the other half are from people directly sending her money on Venmo. “A lot of [the proceeds] are from my community in the US, and there are definitely some kind hearted strangers who follow me on Instagram and were moved by the pain, but I think there is a much wider audience of Indians living in America who can be inspired to help.”

To ensure her funds reach the right place, Jain has been working with a friend who has been physically visiting the operations to verify their authenticity and the work they're doing. And, taking into consideration that there will need to be a lot of money raised for reconstruction, of homes, schools and lives, she plans to strategise to get a wider reach and raise even more money with the track.

“I know that art has the ability to emotionally move and inspire action and I hoped I could appeal to my audience with this track. Also, I wanted to use my reach as an artist and challenge my online audience to step up. I told them if they supported my art they should support this campaign,” she tells me, adding: “I wish artists who have bigger followings did the same, they could really have a big impact.

To contribute to the fundraiser, you can purchase the track on Bandcamp.