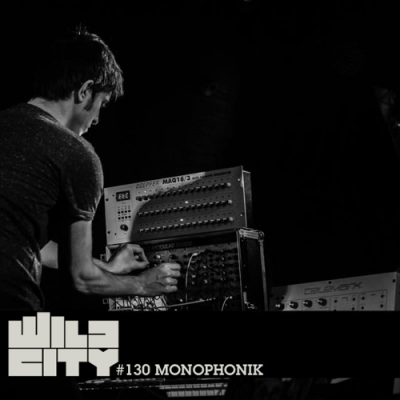 The solo project of Mumbai-based producer Shatrunjai Dewan, Monophonik takes an experimental approach to making music. Having studied audio engineering and trained in classical piano, Monophonik believes that electronic music can be performed live without having to playback pre-recorded audio.

Curious to see what he could cook up, Monophonik dropped us a live 30-minute mix. From start to finish, the entire piece is impeccable - a testament to Monophonik’s technical and musical ability.

Using a combination of analogue modular synths, Monophonik’s mix is 100% live and drenched in high-tempo, upbeat energy that maintains relentlessness throughout. Whereas other mixes of this nature can seem draining, Monophonik’s almost seems refreshing.

"Intentionally raw sounding half hour of original music extracted from my live set. This mix has been recorded in a live format, so do expect some improvisation, synthesizer craziness and a brew of fresh sounds that hopefully may inspire you in some capacity." - Monophonik