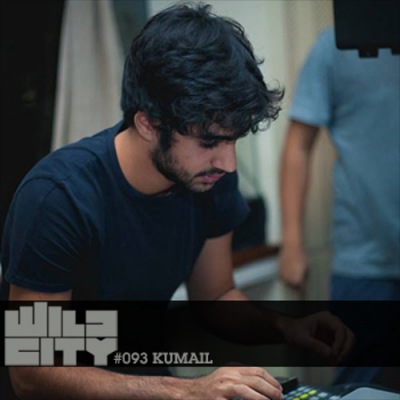 The 21-year old music maker has been making music for 4 years now and has put out two EPs so far – his debut ‘Flashbulb Memories’ and the recently released ‘Shift’ EP – a meticulously produced, cleverly constructed downtempo collection of music, reviewed in detail here. Kumail is now signed to Mumbai based booking agency KRUNK and has played a number of shows in the last year, recently opening for Malaysia based duo Bass Sekolah.

Influenced by a range of sounds from minimal and ambient (apparent in his work) to rap and dubstep, his music aims to extend beyond the confines of a club, exploring ethereal and cerbral realms that work best on a set of headphones.

His exclusive mix for Wild City is shorter than what we’re used to (clocking in at just over half an hour) but packs in a quality assortment of relatively contemporary, beautiful tunes. Shlohmo (a major influence) kicks things off with ‘Same Time’, followed by the cinematic, jazz inflected sounds of Adult Jazz, High Water and Skalpel. The second half of his mix adds a layer of hip-hop and melodic rap with King Krule and a couple of tracks by the astoundingly talented Teebs.

This is quality listening, tailored for a wandering mind.

"Shlohmo's album 'Bad Vibes' initiated the direction I have been exploring, musically, for the past two years. This process has led me to discover other artists, adding to the myriad of influences of my music. This mix is a compilation of some of those tracks that have shaped my sound." - Kumail